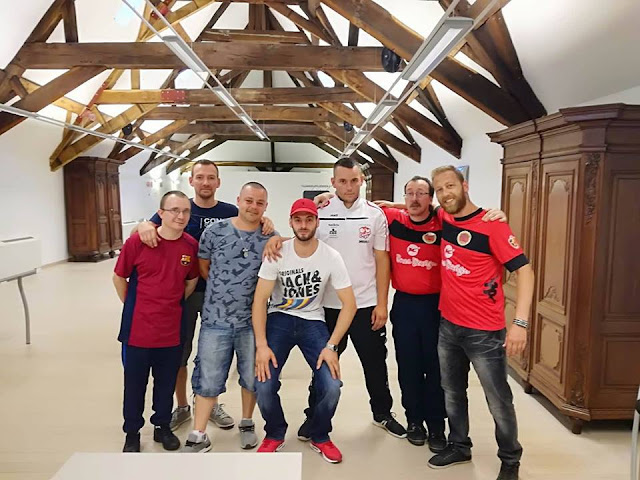 The very fist tournament otrganized by the club of Seraing was held in Liège on Sunday as poart of the "Expo Foot" exhibition. Seven players were taking part and Sébastien Scheen defeated organisait David Fraikin in the final (2-1). Christophe Dheur won the game for the third place against Christopher Sabetta. Thanks to Richard Boulanger and his clubmates for making it happen!.
Publié par Vincentcop à l'adresse 14:49