Two more events have recently been played in Belgium. On May 30 the club of SC Warcoing Ducks was holding a tournament but due to the heat and the exams at school there was a very small turnout of 4. Geoffrey Marain defeated Vincent Coppenolle in the final to take the honors. 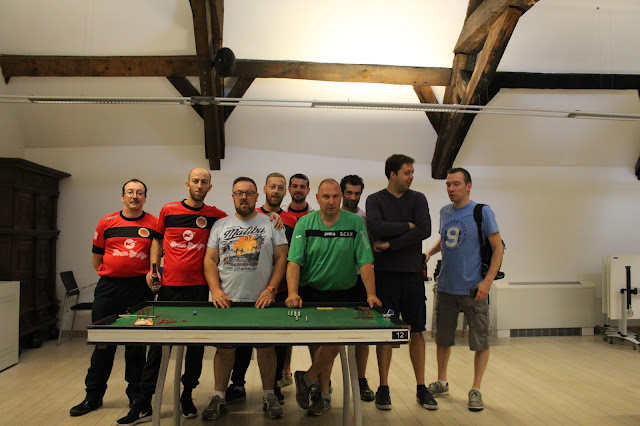 On June 4, the club of SC Verviers Herve was hosting a tournament in Liège during the "Expo Foot", an exhibition held in a museum to celebrate all forms of football under the theme "Did football become a religion?"

The main reason to organize the tournament was to promote the game. Only 8 players attended the tournament and both Sébastien Scheen and Bruno Timpano had to leave after the group stage. In the end, Alex Torré defeated Benoit Vanwissen in the final while Richard Boulanger and Salvatore Visconti reached the semis. There will be another tournament in the museum on June 25, this time organized by SC Seraing. SC Verviers Herve will hold a tournament in their premises on June 16.
Publié par Vincentcop à l'adresse 15:05