Time for the Subbuteo Challenge cup

With the relaunch of Subbuteo, there is a lot of enthusiasm going on in the UK to develop the game. Subbuteo will organize four tournaments in different cities this summer. Players will play with subbuteo material only (old or new) and with the advanced rules. There will be a junior section and a senior tournament.

Details can be found here: http://www.subbuteochallengecup.co.uk/ 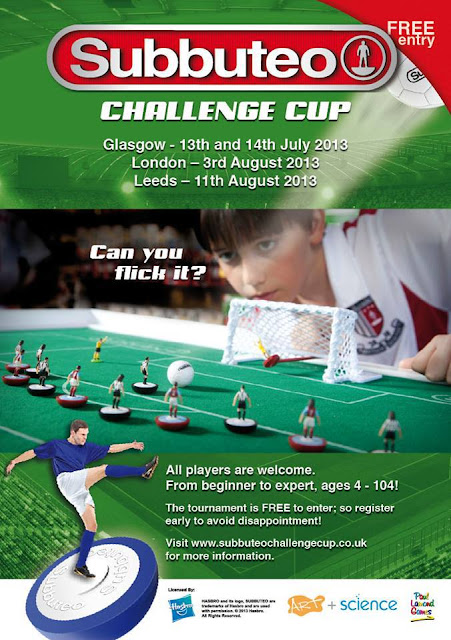 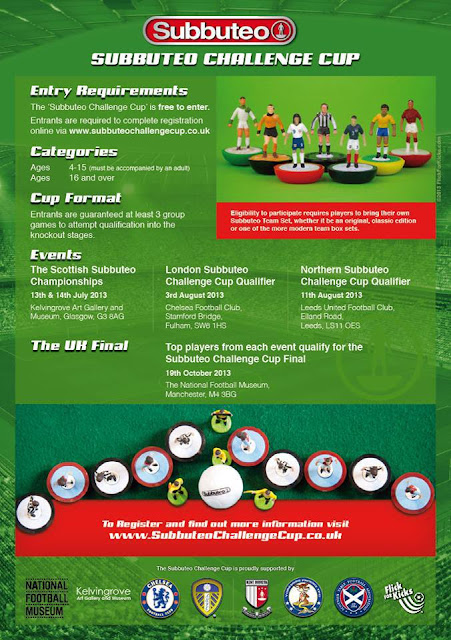