On Friday two WASPA tournaments took place in Belgium. The geographical situation of the country is such that two events took part at more than 200 km between both places. 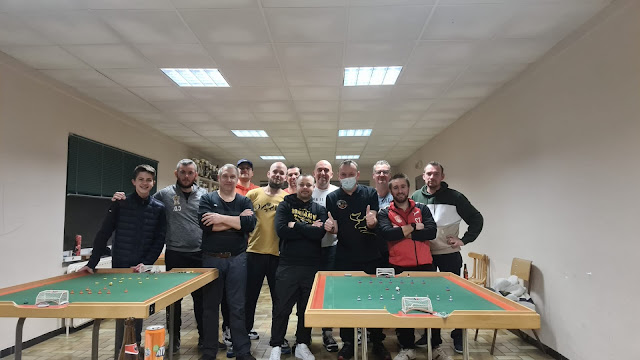 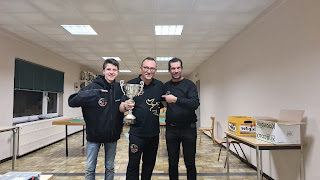 In Verviers, the local club was glad to hold a tournament after more than 2 years but the limited space made it was impossible to register more than 12 players. The competitors were divided into 3 groups with then a knock-out stage. Pascal Scheen was on fire and defeated Geoffrey Dheur in quarter-final (1-0), Sébastien Scheen in the semi (3-2 in sudden death) and Salvatore Visconti in the final (3-2). Visconti had an amazing performance int he semi, beating Christophe Dheur (3-2). More importantly, it was a great night for all 12 players. 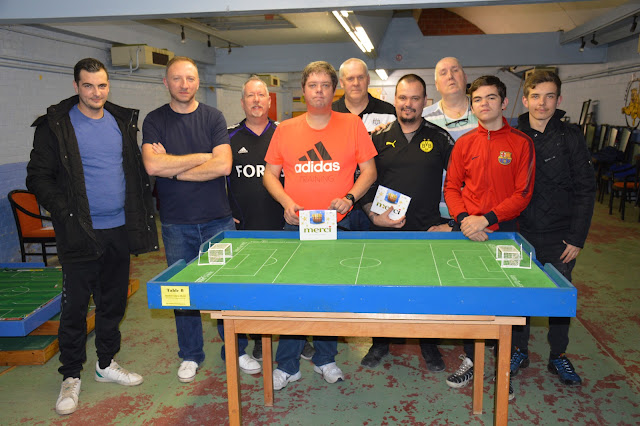 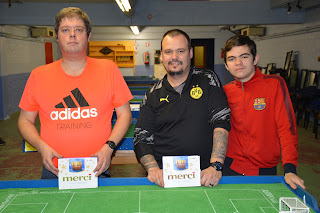 In the West of the country, the Templeuve United club held another WASPA night. Due to the covid, three players could not make it in the last minute but 10 players were finally present to play in a Swiss system tournament. Geoffrey Marain won his four games to claim the first place. Michaël Dupret was runner-up thanks to more goals scored than Benjamin Marain while 4 outher players finished the evening with 2 wins and 2 losses. The great news of the night were the come-back of Logan Carette but also the visit of Pascal and André Flémal, two members of the newly-formed BX Subbuteo Club (based in Brussels). The next Templeuve United tournament will be played on February 18.