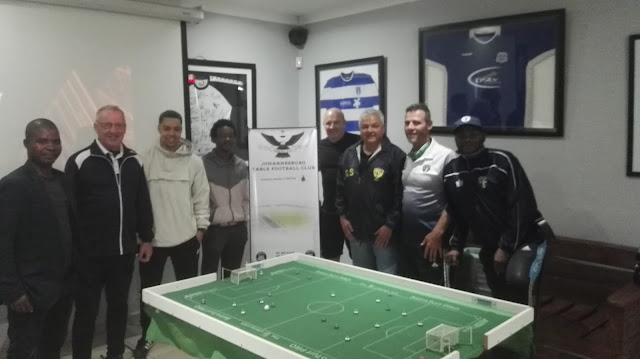 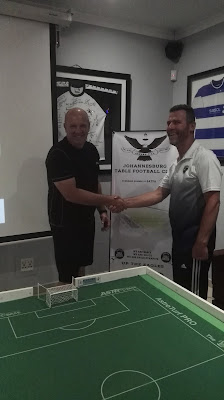 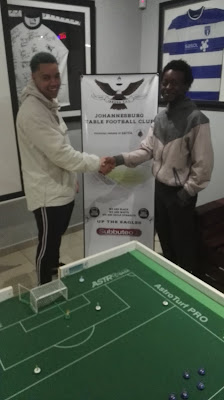 A good field of 8 players flicked, scored, joked and had a great evening enjoying our beautiful game of Subbuteo!

Five newbies were flicking for the first time and the feedback was that thet will be playing on a regular basis at the Joburg Eagles.

Clifford Graaff and Gordon Underwood topped their respective groups with Tyler Solomons and Takudzwa Karambo occupying the runner-up spots in both groups. Clifford and Gordon won their respective semi finals and met in the first Series Final with Clifford winning by 2 goals to nil.

The biggest cheer of the evening was when good friends Tyler and Takudzwa (TK) squared off in the 3rd Place Play Off. This proved to be a tight game which seemed destined to be heading for a penalty shoot-out only for a last minute goal by Tyler to clinch 3rd spot.

Once again all participants were treated to snacks and drinks courtesy of the Joburg Eagles.

The second Randburg Nite Series will be held on Thursday the 4th of November at Randburg AFC.