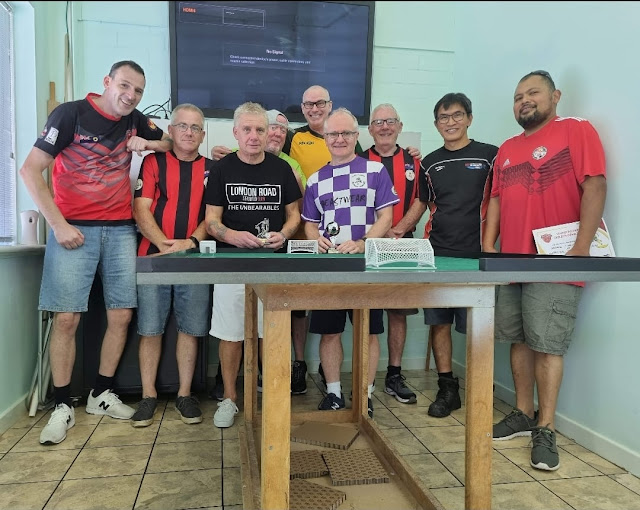 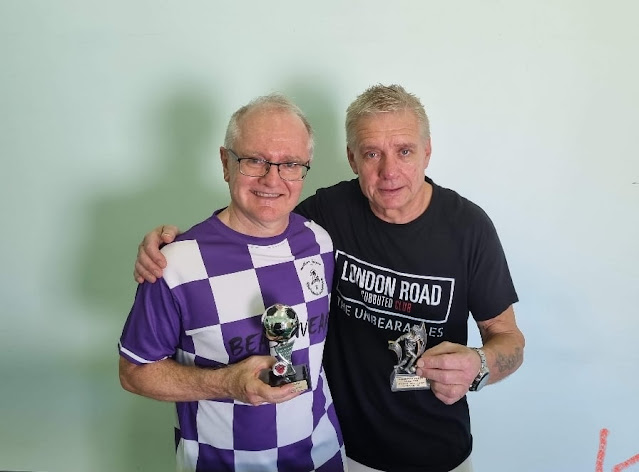 Eliot and Brian
The Perth players had an amazing tournament on Sunday with a great field of 10 players taking part. Among players, Eliot Kennedy (from the Northern Falcons) and Arjuna Hanafi (Melbourne TFC) were the special guests besides seven players of the local club and Hugh Best (Sports TFC of Western Australia). Dur to time restrictions, the tournament was played in three groups and a knock-out round. In the barrage round, Eliot Kennedy defeated Arjuna Hanafi in the game between guests (3-0) while Brian Pearson defeated Hugh best. In the semis, Eliot Kennedy took the honors against Alan Kimber (3-1) while Brian Pearson scored the winning goal in the sudden death against Ross McNulty (1-0). The final between Eliot and Brian was also close but the man from Sydney managed to win the game in the sudden death (1-0) while Alan Kimber won the game for the third place against Ross McNulty (2-1). It was a great day had by all. Congratulations to all players involved!
Publié par Vincentcop à l'adresse 21:44