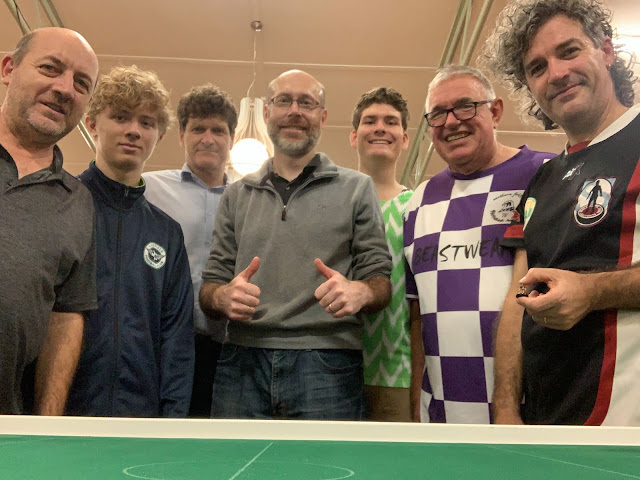 The Northern Falcons and friends battled the rain that has plagued Sydney for a week -- not to mention COVID -- to stage their March WASPA.

Six brave souls turned up, to play and share a few amber ales. 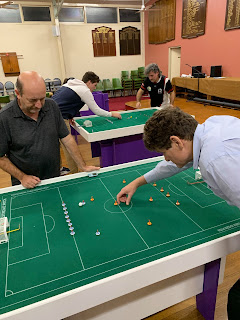 Meanwhile Adrian Grunbach scored in his first match in more than a year, beating Neil Brener.

Steve claimed Group 1 with a tight win over Adrian Elmer, who then grabbed second place by beating Jonty.

In Group 2, Tony Credentino beat Adrian G and then Neil to claim the group.

In the final matches, Steve beat Adrian E for 3rd place, capitalising on a goalkeeper mistake before notching a fast break goal to win 2-0.

Meanwhile, Adrian G took the title with a 2-1 revenge win over Tony, scoring the winner with 30 seconds on the clock.

Once again thanks to all who came and to the Willoughby Park Bowling Club for hosting us.