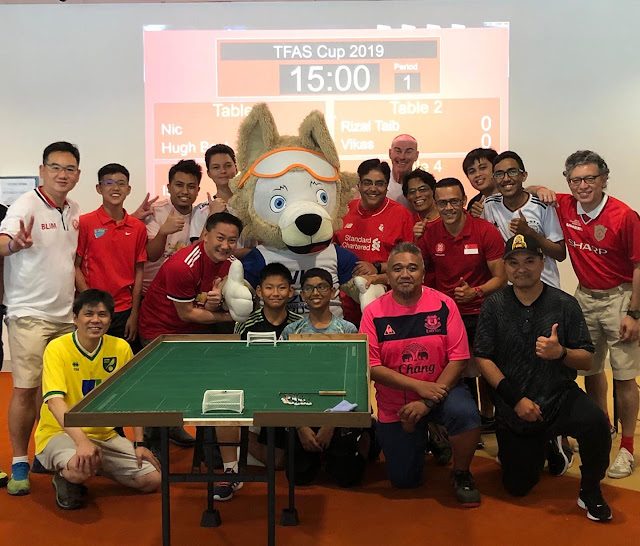 The Plates category for the TFAS Cup 2019 was held on 24 March 2019, after the group stages of the main FISTF IO tournament had ended. The participants consisted of players who were knocked out from the main Open tournament of the TFAS Cup.
Nine players competed for the Consolation Plates. There was a draw, followed by a plate barrage round to decide the final 8 players for the knockout stages.
In the end, Vikas Chandiramani came out triumphant after defeating Isaac Lim in the final and wins the Plates!
Publié par Vincentcop à l'adresse 07:55