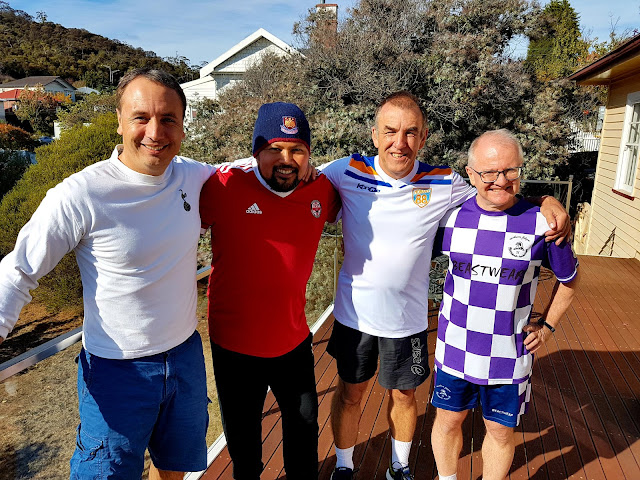 Hobart’s historic first WASPA goes down in history as the most southern tournament at 42.8594° S, which featured players from three clubs.

The format of the tournament was a round-robin home and away series, which saw Northern Falcons powerhouse Eliot Kennedy who took the gold dude aka trophy. The tussle for the remaining places was tight to the very end.

HTFC member Peter Brook made his long awaited debut, and was impressive against his more experienced opponents. His form and level of play dramatically improved during the tournament. If his conversion rate was better, he would have taken a scalp or two. His first match was up against club mate Yago, and Yago was fortunate to come away with a 1-0 win. Peter’s defence and midfield set-up was consistently tight. Peter had a memorable draw against Arjuna and held his own against Sydney titan – Eliot.

In the opening match of the historic event, Eliot Kennedy had a statement win against Arjuna from Melbourne. The bar was set high for the other players to aspire to.

It was great day for the Hobart club, and with new member Chris ready to join the ranks, the club continues to show signs of growing.

A big thank you to Arjuna and Eliot who made the hop across the pond to Tassie; and to Peter for his wonderful hospitality.
Publié par Vincentcop à l'adresse 00:25