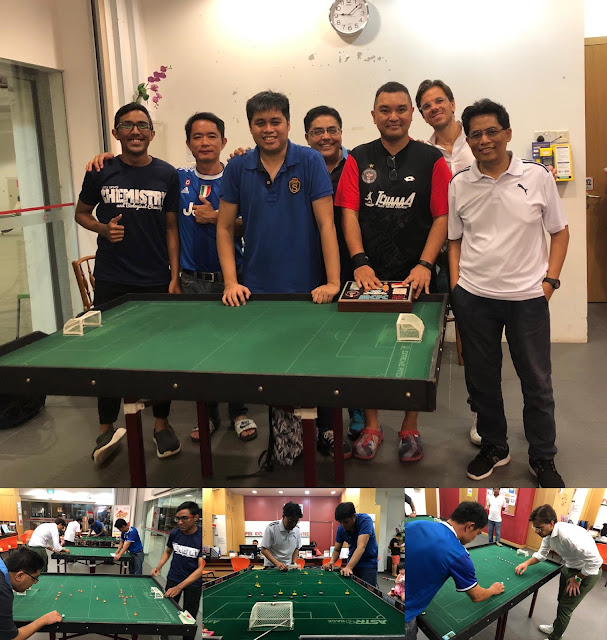 There were two groups with round robin games. After that, players played their counterpart in the other group based on their final group positions for final placings. All games were 20 minutes long.

In Group A, Anas came out top with two wins and a draw. In the three-player group B, Michael's 2-1 victory against club captain, Rudy was the decisive result he needed to win the group. The final was a high-scoring affair for a 20-minute game with Anas capturing a 4-3 win and his second club WASPA tournament for the year.