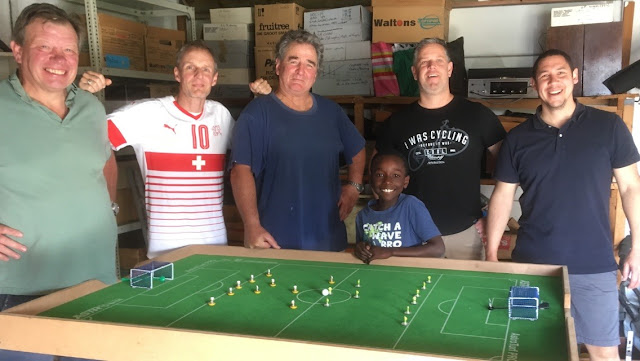 Sunday, 9th June 2019
Cape Town City Subbuteo club recently went ‘retro’ by taking the game back to its roots - into the garage! The Tokai Garage Classic was a relaxed, fun event, which climaxed however into a tense penalty shoot-out between Wayne and Clinton. 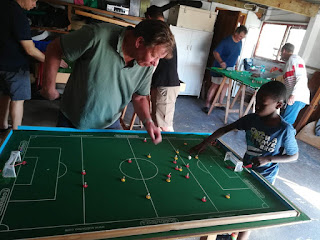 We were very pleased to add a new junior to our team in Jeremiah Sanya, who impressed with his determination, focus and enjoyment of the game. It very much looked like we can look forward to his on-going participation. Quite possibly, Jeremiah is also the first Ugandan player to take part in a WASPA event. A note of thanks also to his father Tom who helped with the organisation.

Regular Mike impressed with some fine performances which saw him topping the table at one point. We also welcomed Lyle to his first WASPA tournament (having played a few times at work before), and it was great to have David back for his second event, who looks very much like he’ll also be a regular moving forward! Last and certainly not least, it was really great to have Wayne back and playing again. It’s just not the same without his energy in the room. Er, … garage. 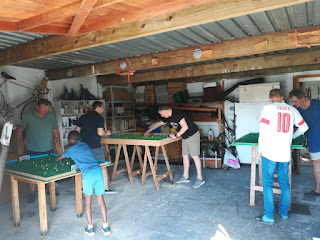