Promotion for forthcoming events in June 2019

A quick look at the promotion of forthcoming events with the great job of some of our active clubs.

In Italy, the "69ers" will hold a tournament in Borgo Vercelli and they proudly told the local newspaper the tournament is played under WASPA banner, which is a great form of respect.

In South Africa the Pretoria Flickers have revealed the poster of their next tournament.

In Derry (Northern Ireland), the next DCTFC tournament will be held next Monday.

Finally, the amazing job done by our Spanish friends of Marina Citerior SC who have had support of local sponsors and will hold a special tournament on June 21&22. Rumors said Carlos Flores Lopez will be taking part, which is fantastic for WASPA. there will be a prize money and all details are available from https://www.portaldelamarina.org/evento/torneo-de-subbuteo/

Thanks once again to all organizers for the efforts to promote the game! 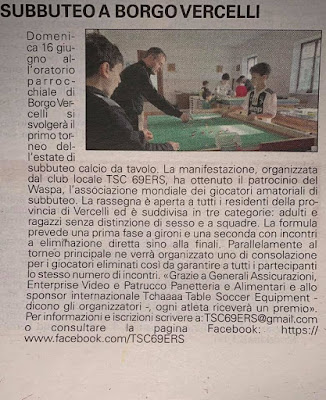 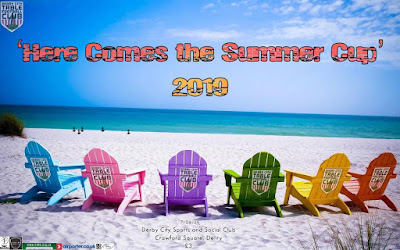 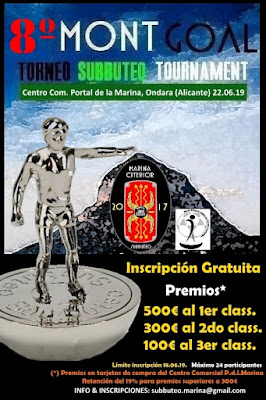