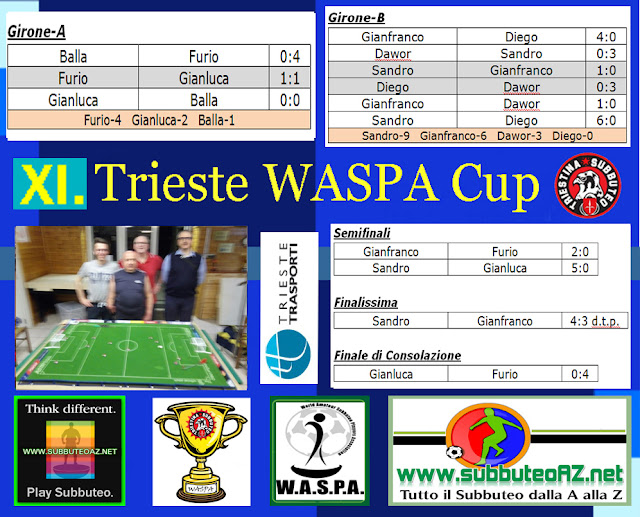 On April 27 the 11th WASPA tournament in Trieste was played by 7 players divided into two groups. Furio Segnai won group A while Sandro Ceppi (DLF Gorizia) finished on top of group B. Ceppi later qualified for the final and met Gianfranco Grahonja for the tile. The Gorizia player won in extra time to claim his first WASPA title. Furio Segnani won the game for the third place against Gianluca Venturini.
Huge thanks to the club of trieste for their efforts of promotion. The next event will be played on May 25.
Publié par Vincentcop à l'adresse 13:33