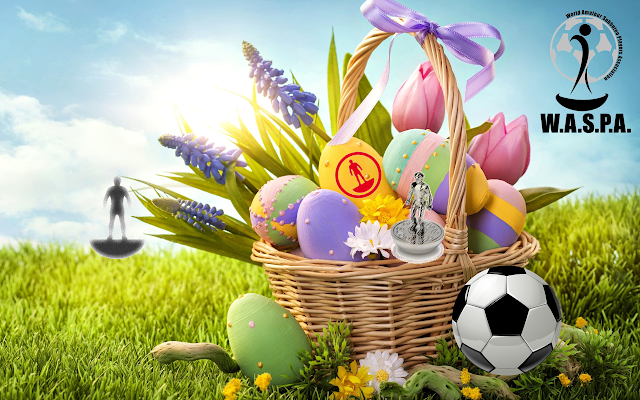 WASPA event 4 - April 15, 2018
Andrew Garbutt claims a second win in the fourth Lincoln Flickers WASPA of the season against the tournament favourite Jez Boothman. The game finished goalless with an extra time hit and run the difference in the end. Andrew Garbutt had initially lost to Jez in the groups after another close contest. a An earlier goalless draw in the final deciding game against Andy Boyer was enough to see Andrew Garbutt to the final after Boyer had lost 0-3 to Jez who won all his games to the final.
The Eostre Cup (Easter Cup) is named after the pagan Spring Goddess in Anglo-Saxon. This fourth WASPA was played under Old Subbuteo rules with HW players and wibbly wobbly bases in the hope of encouraging some external players and to mix things up a bit. However, just four Flickers contested the Cup with two pulling out on the day. This leaves Andrew Garbutt in a strong position to clinch the Flickers WASPA league on 42 points with Andy Boyer and Jez Boothman both on 33 points. Newcomer Clint Simpson lost all his games today despite some accomplished play. His 7 points takes him equal sixth with John Devaney in the league standings. 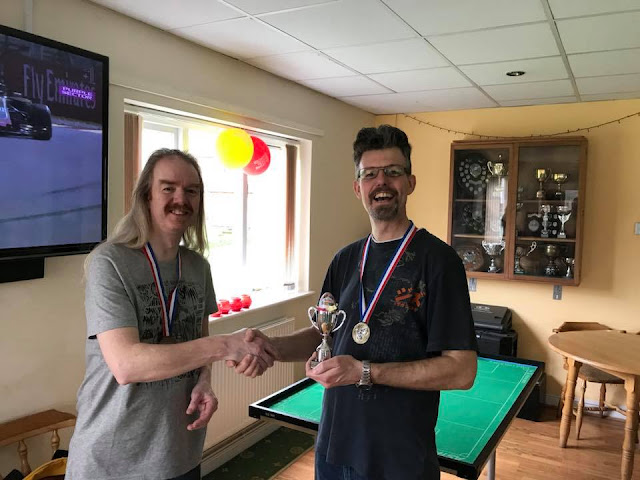