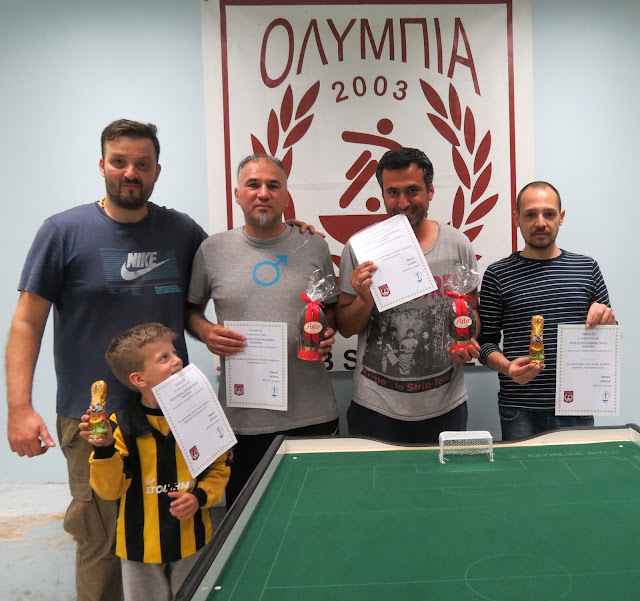 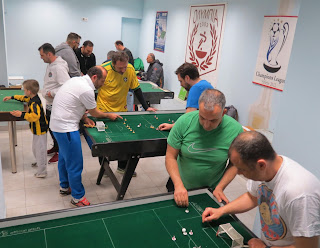 On April 1, 27 players from different clubs competed in Olympia's Easter Cup. It was nice to see Olympia Subbuteo Club holding a tournament again.

The winner was Nikos Pappas, a member of the local club. He defeated Dimitris Kourabas (SBSC) in the final. Alberto Di Maggio (Nostuas) and George Kollias (Falcons) reached the semi-finals. There was a festive atmosphere and a lot of fun was had by all players.

Congratulations to the winner Nikos, to the hosts Olympia and to all the participants for a great tournament.
Publié par Vincentcop à l'adresse 14:20