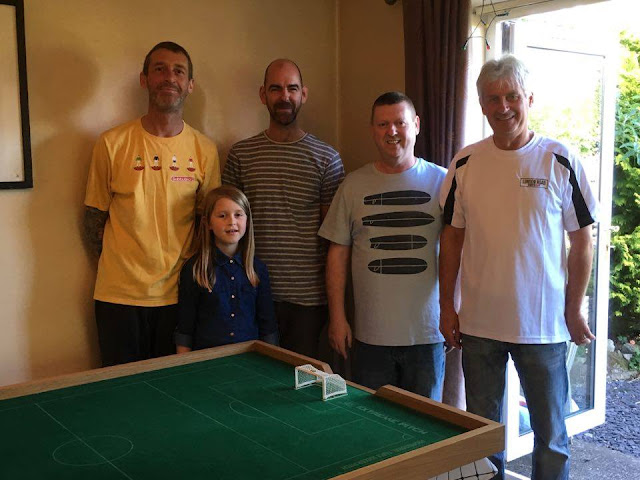 London Road Subbuteo Club had another day of Subbuteo on Sunday. The tournament attracted 6 players competing in a league so that everyone had 5 games. Richard Stock managed to win the tournament, his first win in a LRSC event, while Brian Daley took the second place. Cayne Matthews took the third place and Yani Kelly was 4th. Ruby Matthews and Dave Kelly were also taking part. "We had lots of help from Brian Daley and Richard Stock, their help with training our youth players is amazing", reported local organizer Cayne Matthews.
Publié par Vincentcop à l'adresse 22:13