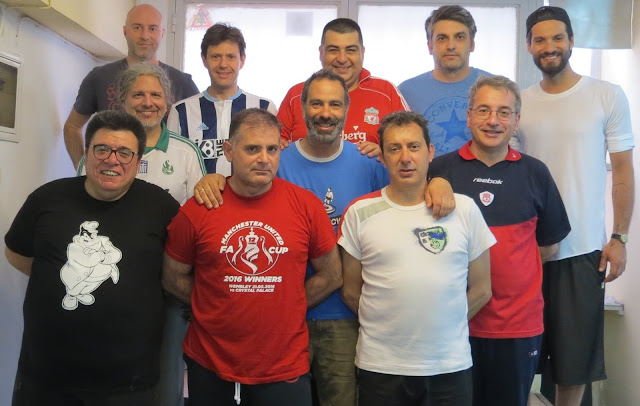 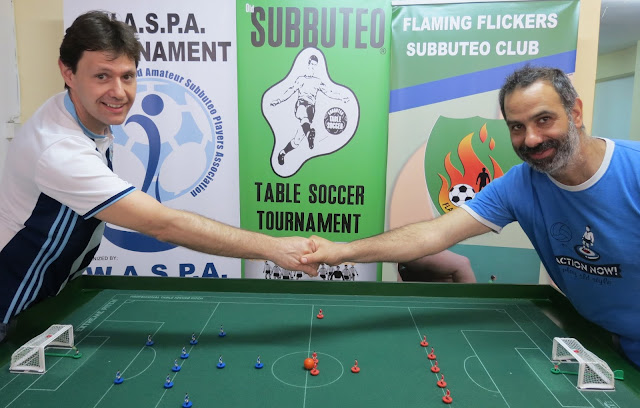 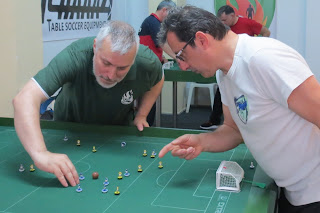 A good field of 12 players with a lot of new entries competed in the 7th Greek Old Subbuteo WASPA tournament organized by Flaming Flickers on Sunday, May 7. It was a lovely subbuteo morning with a surprising final. Vaggelis Scotiniotis, in his first WASPA appearance, managed to defeat Serafim Koulosousas in the semi-final. Eugenios Plytas won the final to claim his 3rd title in 7 tournaments. Plytas and Koulosousas are on top of the local old rules circuit with 3 wins for each of them. The next tournament will take place on June 11.
Publié par Vincentcop à l'adresse 13:55