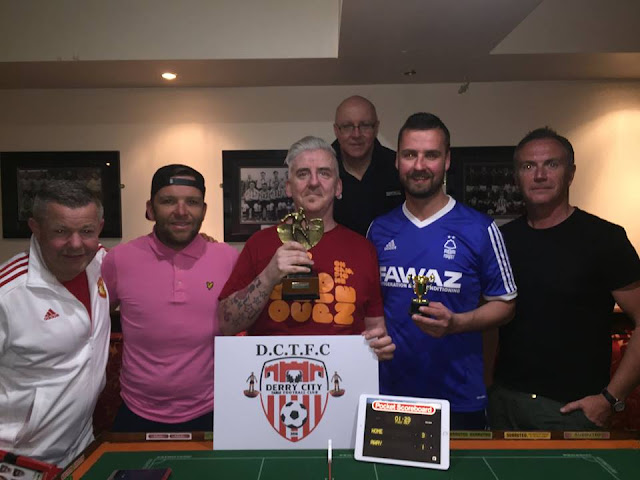 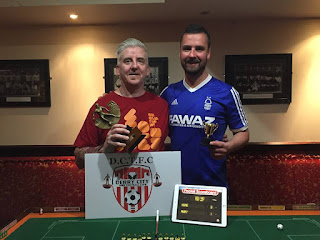 The Beltane Cup took place on Monday in Derry and was already Derry City TFC's 7th WASPA tournamenty. Once again, there was a very good turnout of 10 players and in the end, Mark Mc Crossan emerged victorious for the first time, in his fourth WASPA cup final appearance, beating Craig Stewart 2-0 on shots following a tense 1-1 draw. Congratulations to Mark and to DCTFC.
Publié par Vincentcop à l'adresse 16:01