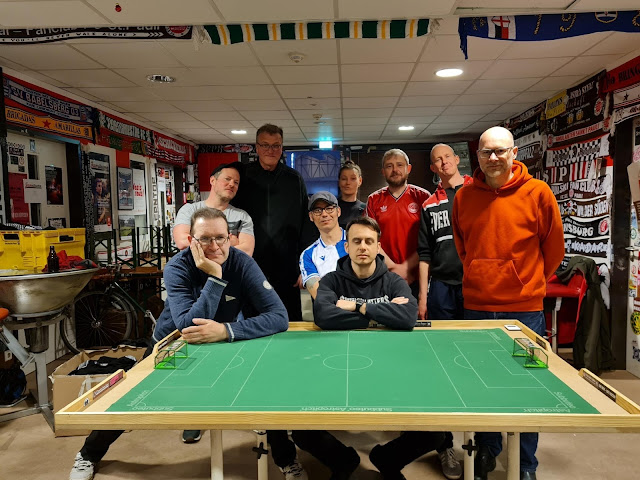 9 players attended the tournament including some new faces! With such a high turnout and limited time it was decided to hold a draw with 4 games to be played by each player against random opponents so “luck of the draw” could be a major factor in the final placings. As it turned out the final games were to be played out amongst the top 4 to determine the winners.

Simon and Fred faced each other on table 3 whilst Sven and Marius played off on table 1 with the winner to be decided by these results. Sven and Marius battled to a 1-1 draw whilst Fred edged Simon in a close competitive game 2-0 to take his second WASPA title, and his first in Hamburg.

Big thank-you to everyone that turned up and especially the new players, the friendliness and openness to coaching the new attendees rather than win the competition on goal difference was a credit to our long standing members.

We’re there most Tuesdays, so get in contact if you’d like to join us on our club night!