The Derry open took place on Saturday in Northern Ireland. Organizers had great support for the tournament with 5 players travelling from England and 2 from Wales. in total 15 players were taking part. Tournament favourite, Elliot Bellefontaine, proved his high fee for playing in Austria with a well deserved win over Rudi Peterschinnig of Harrow in the final. Cayne Matthews took the plate competition for London Road Subbuteo Club after a comprehensive win over Derry’s Craig Stewart. 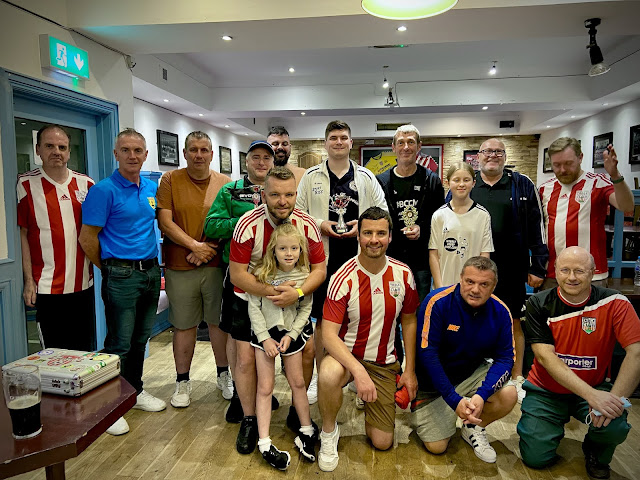 A great day and night was had by all, now looking forward to next year's Open which will be on a much larger scale. 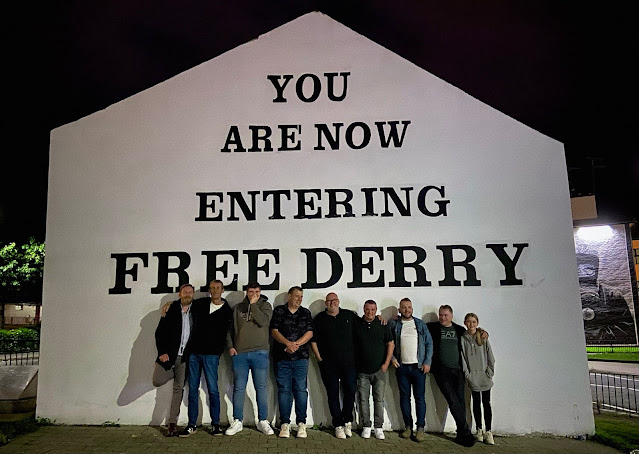 Huge thanks to Martinog Bradley, Lawrence Watson and the Derry players for hosting a great event but also for the great promotion through social networks!
Publié par Vincentcop à l'adresse 21:08