More wins for Rodgers and Stewart 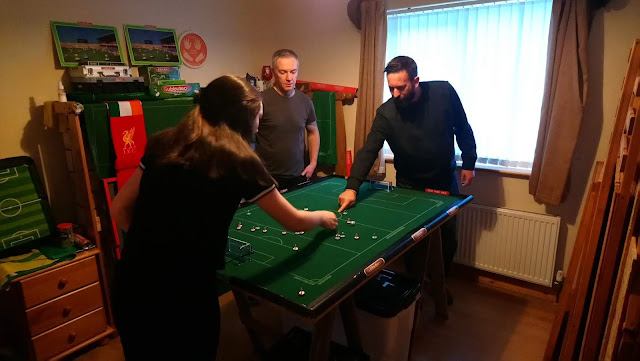 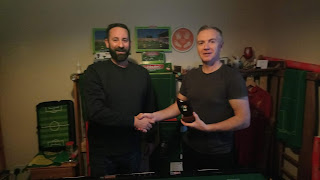 There was some more Subbuteo action last week-end in Ireland and Northern Ireland.

After Derry Cuty TFC organized their Anniversary Cup ealier this month, Donegal also had a tournament on Saturday. Unfortunately only three players attended as bad weather was to blame for another few players not being in attendance. Brendan Rodgers won the group format while Caoimhe Rodgers was runner-up and Brian Mc Corkell took the third place.

Finally, on Sunday Round 2 of the Ulster Subbuteo Championship took place in the premises of Sporting Club 18. Simon Stewart hosted an impressive and enjoyable event with 10 players taking part. Players were divided in two groups of five but the winners of each group later failed to qualify for the final as Barry Spence lost to Simon Stewart (0-1) while Mark McCrossan defeated Kenny Beggs on shots. In the final, Simon Stewart took the best on Mark McCrossan (3-0) to take the trophy and the lead of the Ulster Subbuteo Championship. Derry's Martinog Bradley won the Plate tournament after beating Lawrence Watson on shots in the final.
Publié par Vincentcop à l'adresse 15:05