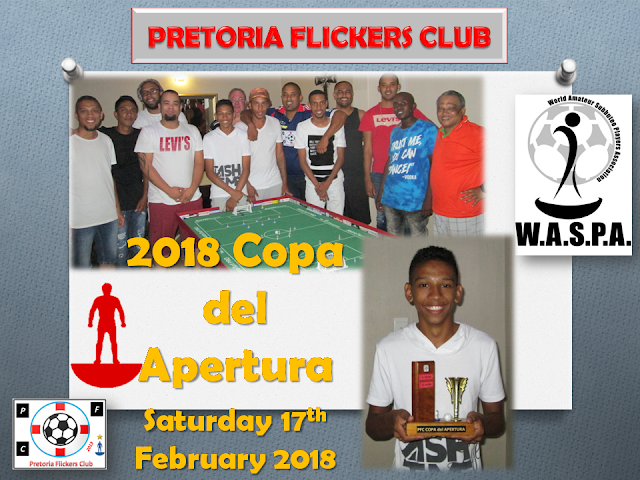 Saturday 17 February 2018, Pretoria, South Africa :
The opening event on the 2018 Pretoria calendar saw 13 players battle it out for the first honours of the new season. In Round 2 action, a 2-1 come-from-behind win for Jayden over Julian saw Jayden stay in touch with Chessray & Bevin - the early pace setters.
The 2017 defending champion of this event, Kegan van der Merwe was putting up a fight to hold onto his trophy - an impressive 2-1 win over the much fancied Chessray Jooste in Round 3 was testimony to this. That result effectively ended Chessray's chances of glory.
In Round 4 action, Kegan had to rely on a comeback over Conway Julie to win by 2-1 with the winner coming with only 10 seconds left to play!
That result ensured that we had 3 players tied on 7 points and because there was no "head to head" history on the day, we were forced into the added drama of a tense 3 way shoot out between Jayden vd Merwe, Bevin Reed & Kegan vd Merwe.

In the end, Jayden won both his shoot-outs (after the VAR was called upon in the final shoot-out) to become the 5th different winner of this event in
the 5 years it has been staged.
This triumph marks Jayden's 13th WASPA title to date - Lucky number 13 !!!

As always, a big thank you to all who attended to make the day a great success.