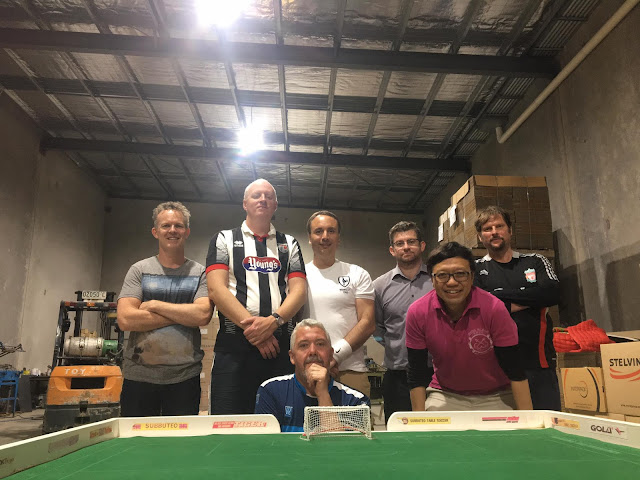 The first Canberra Table Football Club (CTFC) WASPA was held on Thursday
2nd of November, and hosted by the Western Flickers TFC. 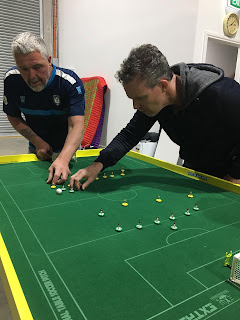 There were a few late withdrawals, but the tournament still featured some of Melbourne’s finest table footballers.

The format of the tournament was played in the exciting Swiss format, which saw a lot of tight contests, and also interesting tactics employed by one Kevin Grant from the Western Flickers TFC!

Yago Dzelalija the rookie from CTFC played Benny NG in his first match. Tough task for the Canberra based player. However, his recent game time at the Sydney International Open saw a significant improvement in his overall gameplay, with the first half being a tightly contested affair. Eventually Benny’s strength saw him come out on top with a 3-1 win.

Kevin Grant continues his climb up the Melbourne table football ranks, with some fine performances. His rolling shots are becoming near impossible to defend against.

Adrian Connolly continues to impress, and is achieving parity with the top players in Melbourne. Adrian overcame the difficult opponent in David Simpson and continued his great form against Benny. This match was essentially the playoff match between the top two players of the night, where Adrian claimed his first point against Benny. 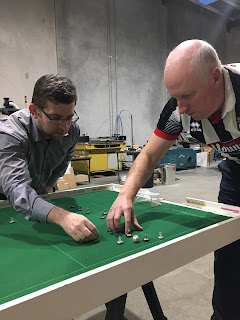 It was great to see a few players return from brief breaks. David Simpson’s quality was evident for all to see. His quality of possession caused a lot of headache for his opponents on the night.

Adam Deverell also returned to action. Adam’s quality was apparent with his clever tactics and quality flicking. Unfortunately the lack of recent game time impacted his overall standing on the night. He still managed a strong game against Benny.

Anthony Madiona has now comfortably shaken the cobwebs from his small break of 20 odd years! His game is rapidly rising and gave many players a scare on the night.

A big thank you to the Western Flickers TFC who came out on a school night to host CTFC’s first ever WASPA event. Another great example of the strong Subbuteo community in Australia. The tournament was played with a great level of sportsmanship.