2 in a row for Casey van Os 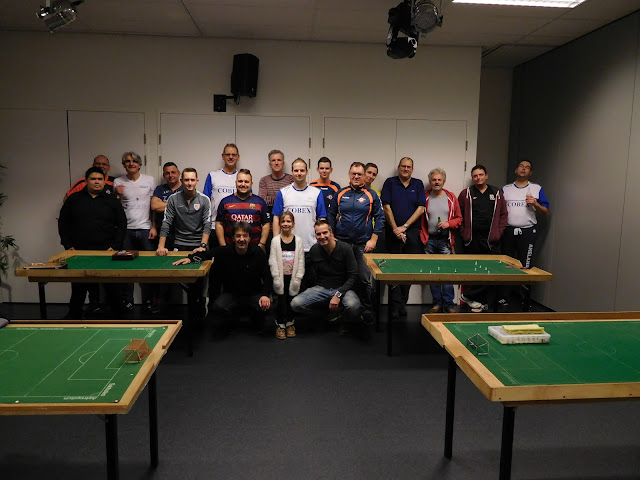 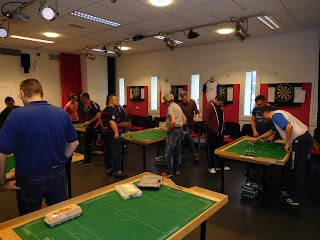 On Saturday the city of Hoogezand in the North of the Netherlands was the right place to have fun around Subbuteo tables. The 3rd edition of the 'COBEX Top of Holland tournament" was very enjoyable with a record number of 17 participants. Unfortunately, organizers had two late dropouts. After an exciting tournament Casey van Os won for the second consecutive year the tournament by defeating in the final Nico Marks 3-0. Kenney Gerrets took the 3rd place by beating, after a 2-2 draw, Paul Brinker after shootouts (2-0).

"We are thinking to host more events like this and we contacted the organizers from Hamburg so that we can visit each other in the future", commented Jacob Bijlstra with the hope there will be some growing activity in the future in the Netherlands.
Publié par Vincentcop à l'adresse 22:38