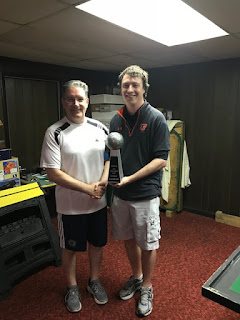 Earlier this month, the Pennsylvania Open was played in Avondale, PA. Andrew Zunino was the host of the tournament and 8 players were competing.

The group stage had 2 groups of 4 players. the top 2 form each group later competed in another group to decide the 2018 Pennsylvania Open Champion. Paul Eyes and Andrew Zunino qualified in group A while Daniel Cranston and Matthew Steinmuller finished on top of group B.

The Pennsylvania Open group had some great games but in the end Daniel Cranston won the group after winning his decisive game against runner-up Paul Eyes (2-0). The Keystone Cup saw other good games and Bryan Arnold finished on top of the group with 7 points after a tie against Adolfo Colindres.

A good day was had by all. Huge thanks to Andrew for organizing the event under WASPA banner!