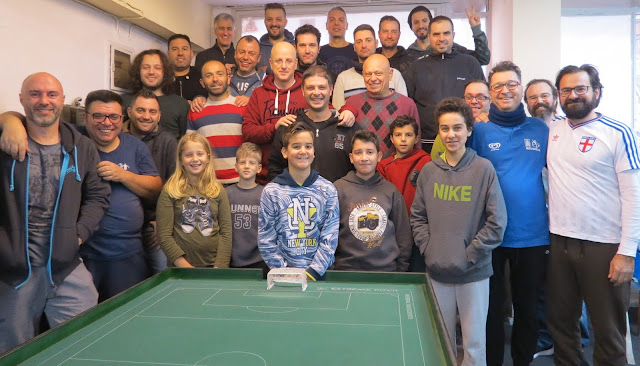 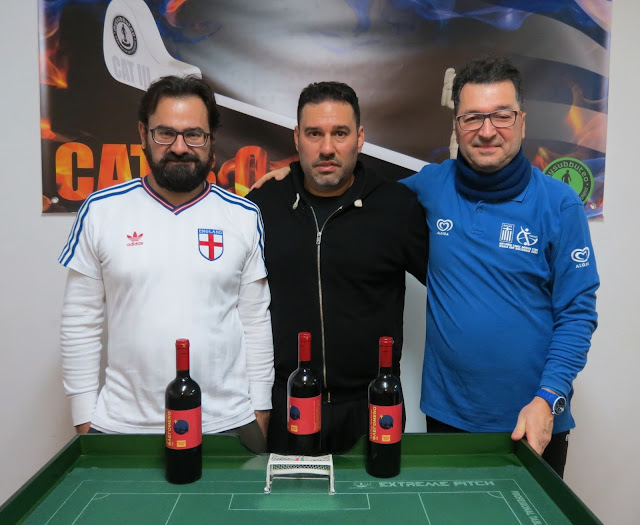 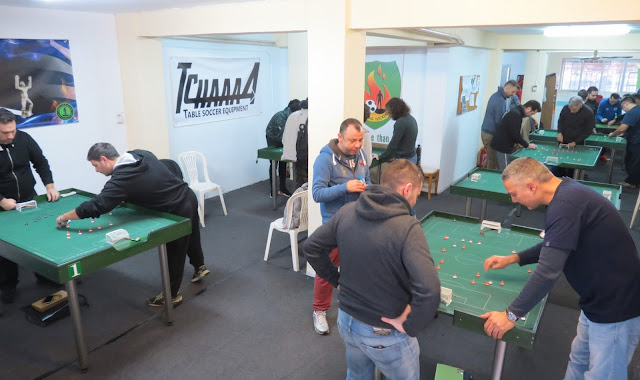 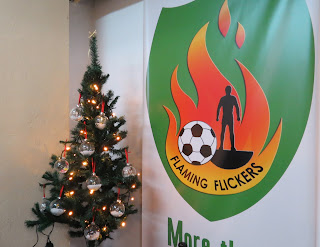 A total of 30 players from various Greek and international clubs competed to win the 30th WASPA title in Greece during the Christmas tournament organized by Flaming Flickers in Kallithea Athens. 6 groups of 4 players were formed while the juniors had their own 2 groups of 3 players tournament. There were a lot of good games in a festive spirit with a lot of traditional Greek season sweets and drinks.
The Open winner was Kostas Seses of Olympia after a penalty shoot-out in the final with Marcos Kapsabelis of the Italian Atletico Vibo.
Congratulations to the winner and the finalist for their performance and to all the participants for the great games. Season greetings to all.
Publié par Vincentcop à l'adresse 17:26