... and it was snowing, and there were family commitments... and there was the guy which car that smashed in the curve ... But three courageous survivors played alike! So, despite the hitches, the WASPA-ETF project goes on anyway... Not Only! This event is part of the new TSC Black Rose project called "Tournaments by Specialties". They consist of to play with a specific mono-materilal production of the past. 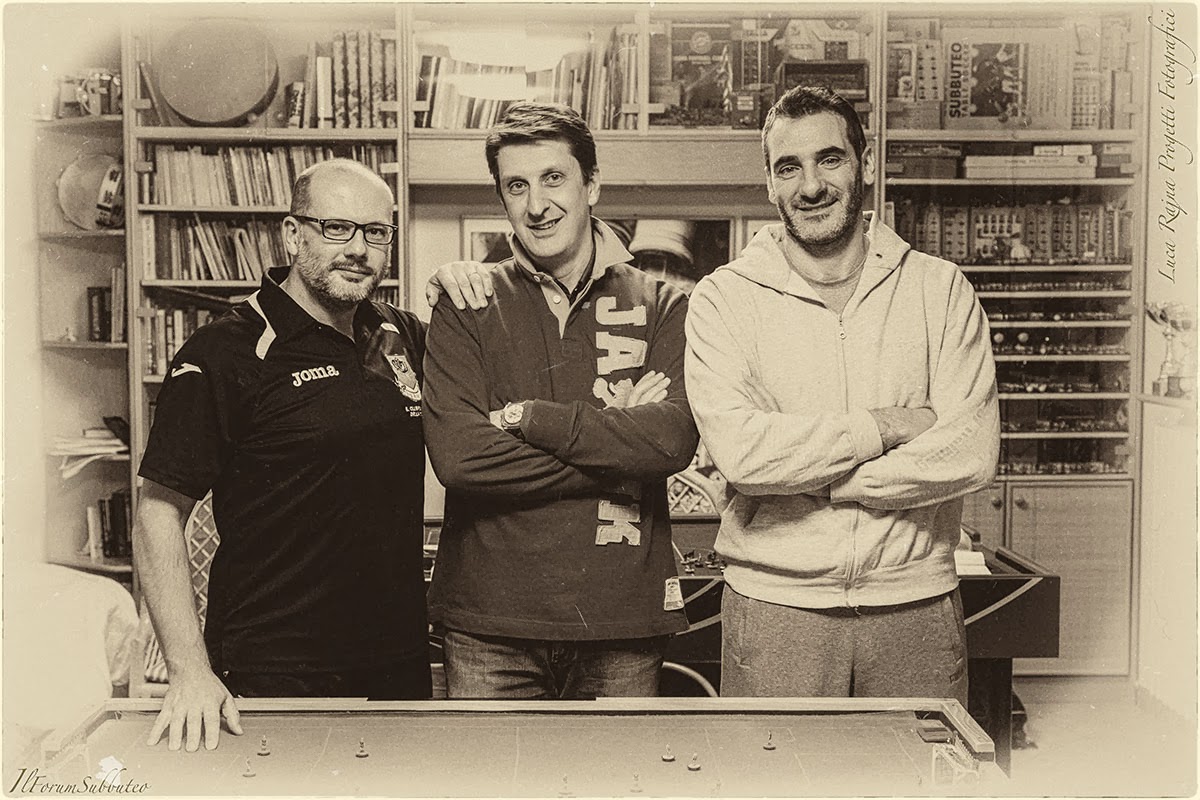 After the two small torunaments played during the inauguration of the project (look here: http://ilforumsubbuteo.forumfree.it/?t=68032058) this is the third tournament of this typology. This time the ultimate decision was to play with original Subbuteo moulded HW production. 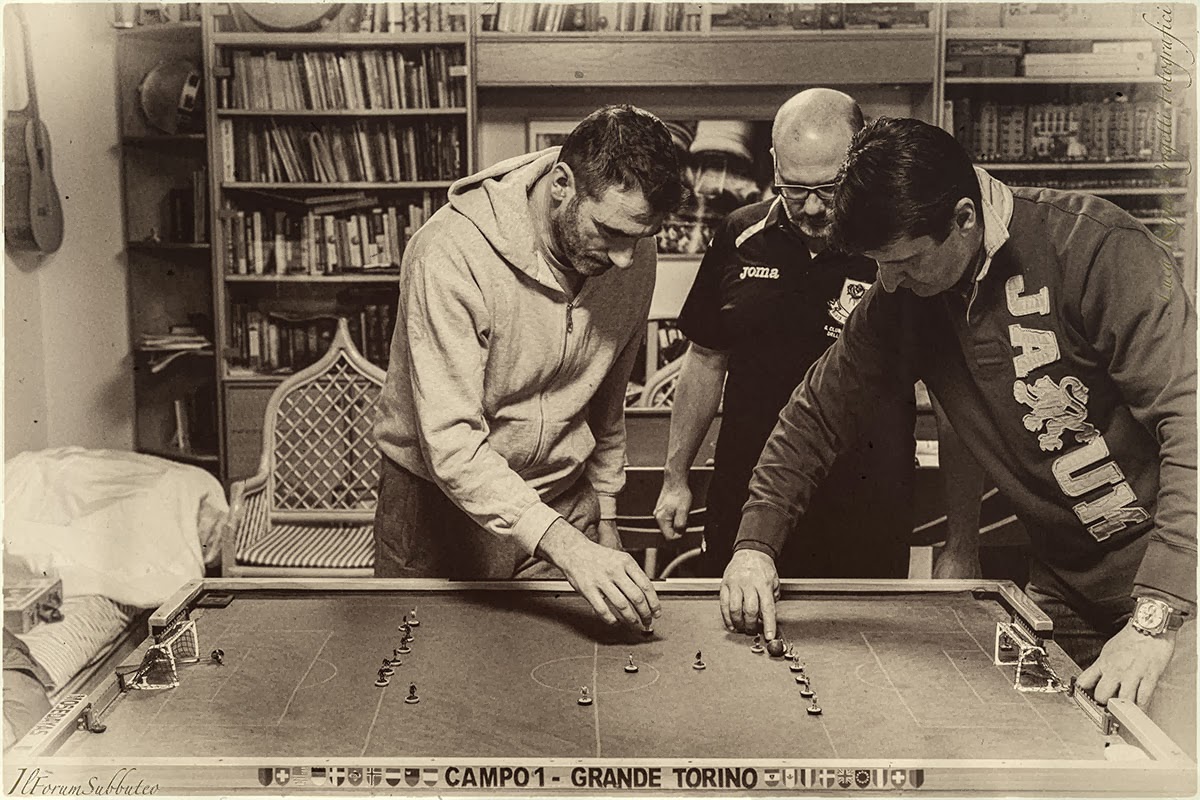 Thank you to all the WASPA staff for this so kind hospitality in the circuit!

Teams employed:
Fabri Olla had a "Club Bottini Genoa" on rare white thick bases. Claudio Dogali played with on Alessandria 60s, always on rare blue thick bases. Alessandria is the only woldwide (may be...) team to have a grey shirt. Luca Rajna played with two different teams: the first match he had an Israel 1970 and for the second one he had the "Veneto Serenissimo Governo"; bases were in both cases of normal thickness. 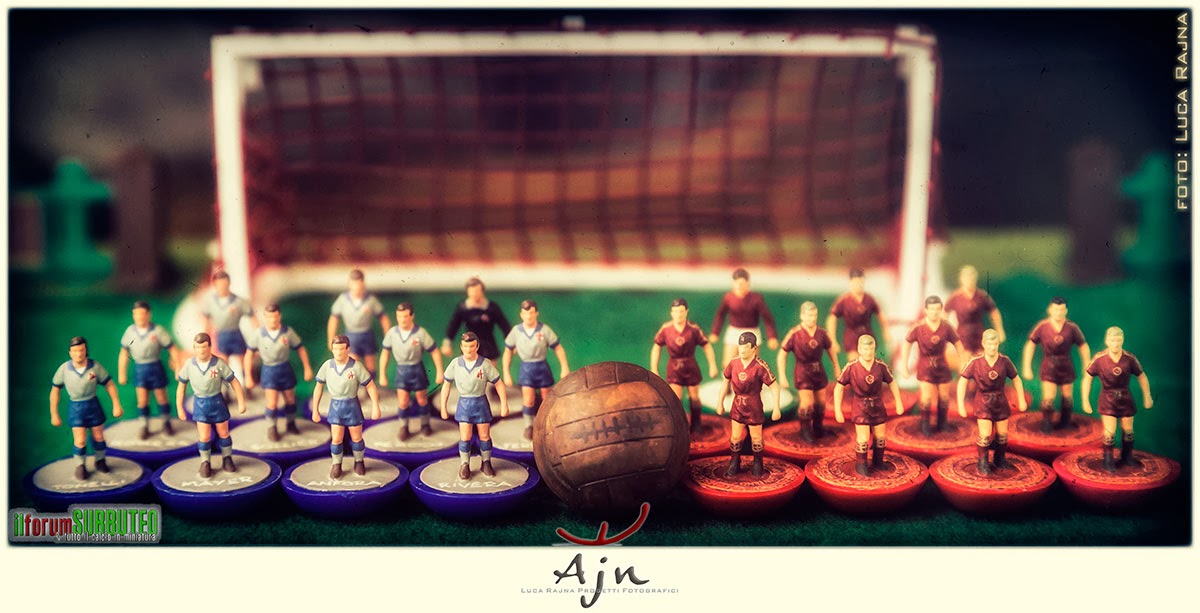 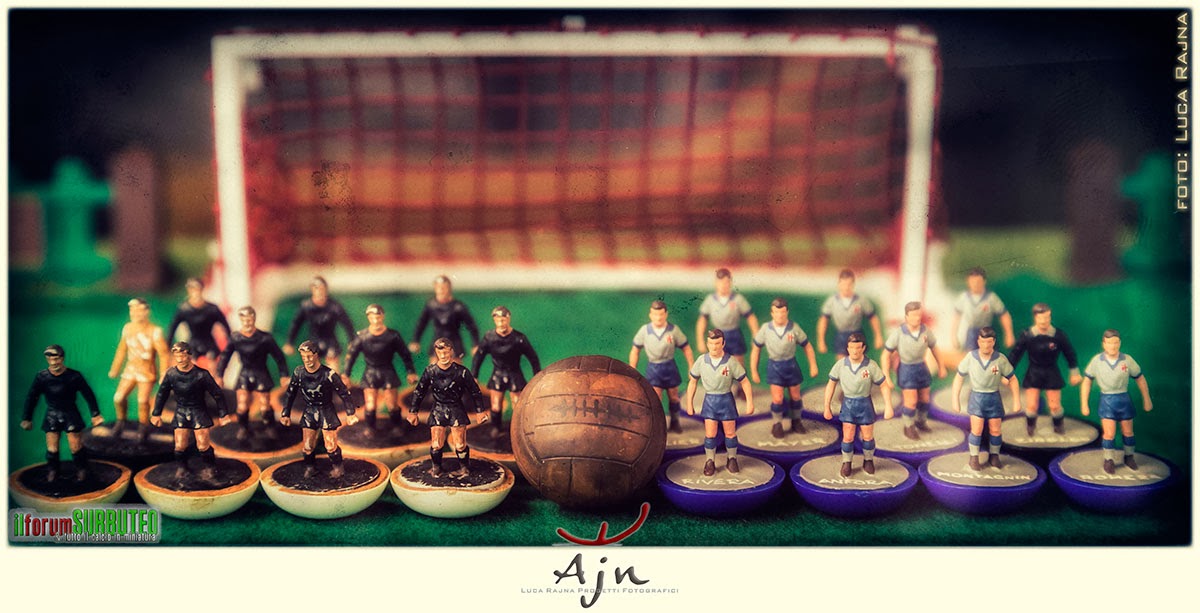 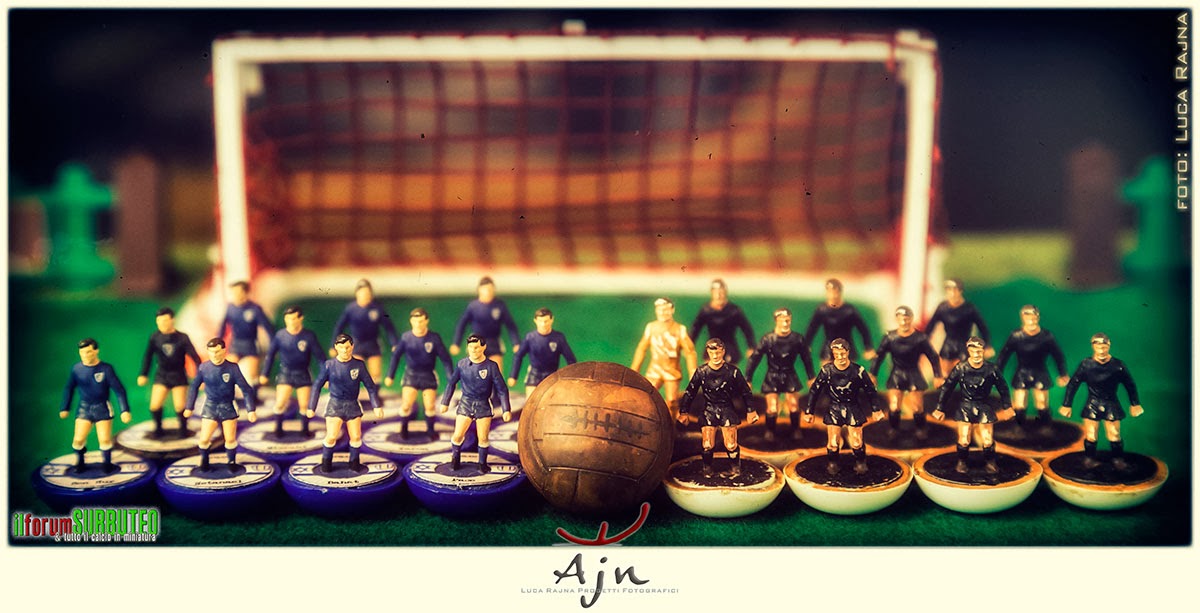