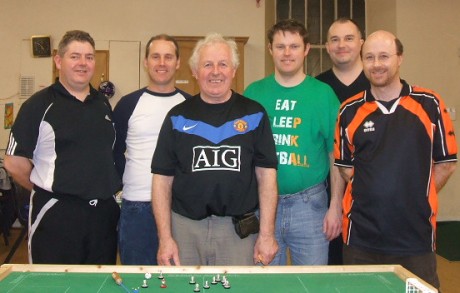 Mark Farrell won the second Irish Circuit event of the season on goal-difference, ahead of Kenny Beggs. Six players competed in a League format, playing each other twice. Despite gaining a victory and a draw against Farrell, Beggs had to settle for 2nd place due to a rare defeat by Nicky Moore. It was the very first WASPA tournament in Ireland.