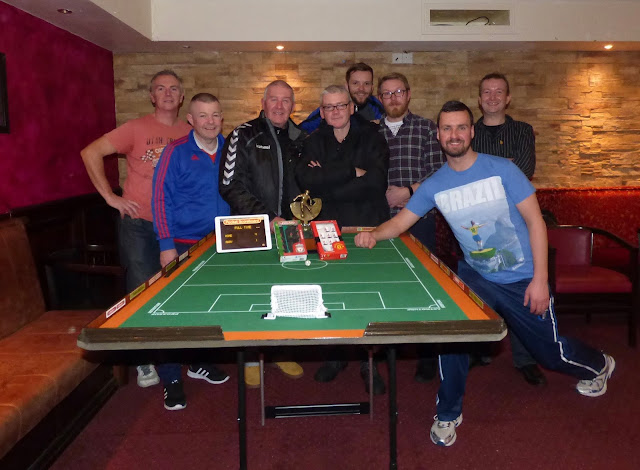 Monday night was an important day for Subbuteo in Northern Ireland as Derry City TFC was holding a very first tournamennt under WASPA banner. it was nice to see 8 players competing, including Craig Stewart (Belfast), James Mc Gillian (Strabane Subbuteo) and Ireland's Brendan Rodgers (Donegal subbuteo). After the group stage and the semi-finals, Brendan Rodgers defeated James Mc Gillian in the final. Martinog Bradley and Martin bradley lost in the semis. It was the first of a hopefully long streak of tournaments and this might be the beginning of a new chapter for the history of the game in Northern Ireland.