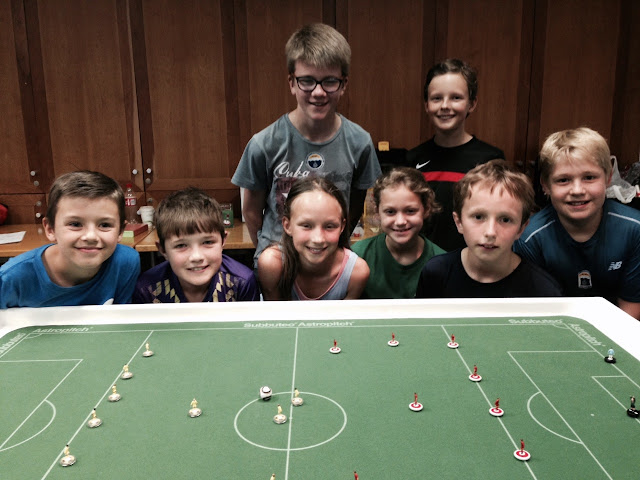 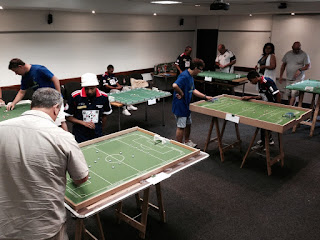 The 2016 South African Subbuteo Championships were the first ever national event with representation from 3 different parts of the country - Johannesburg, Pretoria and Cape Town. The event was held on Sunday 20 November, in one of the fantastic venues at the Sports Science Institute of South Africa.

Pretoria Flickers flew an entire team down to Cape Town for the tournament, and this enabled us to kick the day off with Cape Town City SC’s first ever team event. John Fishlock’s late equaliser against Keegan Jooste proved to be the decisive moment in securing a 2-1 win for Cape Town City. A special thank you to Canterbury for the T shirts which were proudly worn by the CTC team. 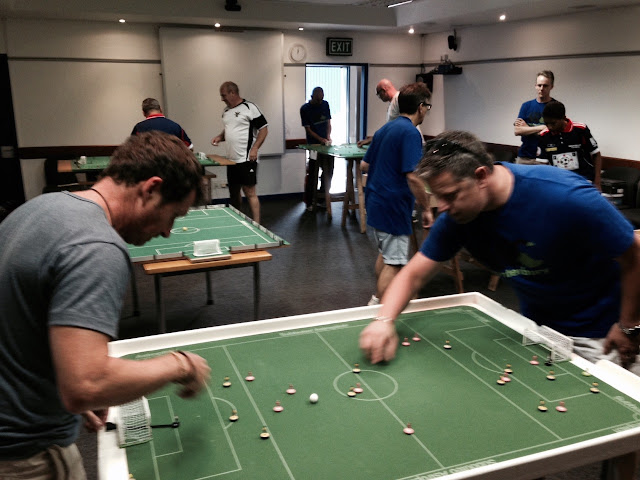 The individual event got underway at 11h00 with the biggest field ever in Cape Town - 18 in the Open event, and 8 in the junior. There were some great performances and Mike and John in particular made an impression with their much improved games. It was wonderful to welcome latest returnee to the game Angus, who went on to win the ‘Plate’ section. 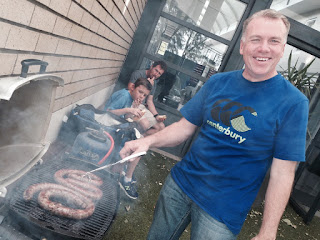 The first semi final of the main event was a Cape Town derby between Clinton and Wayne, while the second saw Pretoria’s Chessray up against Clifford of the Johannesburg Eagles. Ultimately, it was Clifford who won the tournament, edging Clinton 3-2 in a finger-trembling, hard-fought final. It was also really good to have more new faces amongst the juniors. Their competition also saw some really tense matches and penalty shoot outs, with Rafael ultimately beating Andy 1-0 in the final. 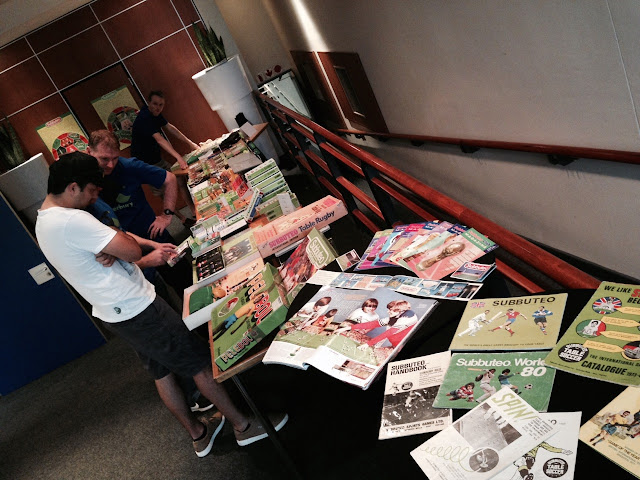 Between matches players browsed through the very impressive display of ‘Old Subbuteo’ equipment and literature which Brendon laid on for us (while at the same time manning the fire and cooking the meat!) 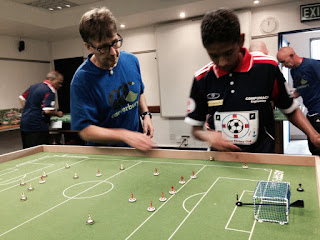 Big thank you’s go to Lee and the Sports Science Institute of SA for the wonderful venue, hospitality and support. Thank you once again also to Canterbury, and to all the local players who contributed both financially and otherwise to making such a fantastic day - an absolute highlight in the three years of Cape Town City SC’s existence.

At the prize-giving, a special dedication was made (in absentia) to WASPA’s Vincent Coppenolle, for all the highly appreciated time and effort which he puts into the game globally, and especially for all the support which he has given us over the years in South Africa.