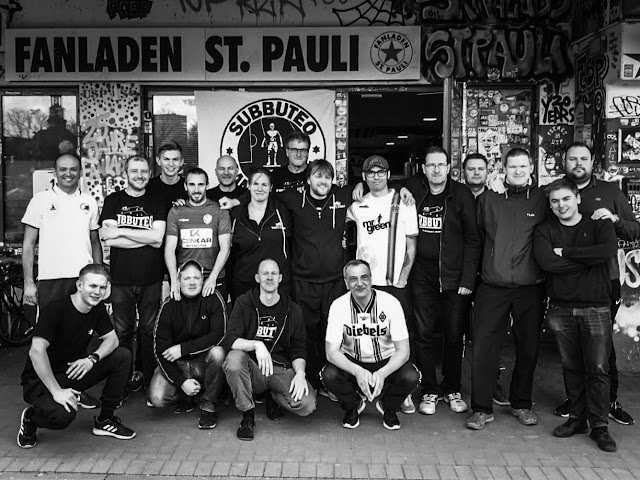 The third edition of the "Subbuteo Sankt Pauli Cup" was a success. The tournament was played on March 8 with guests travelling sometimes from far away to play.

The tournament consisted in a Swiss system with 6 games for all 18 players so a total of 54 games were played over the day.

Rasmu Lund from Denmark was the great winner of the day as he was able to win his six games. The fight for the second place was very close with four players sharing the honors with 12 points but Anders Buhl Hansen had a better goal-difference (+5) than Marcus Tilgner (+4), Edin Mulasmajc (+3) and Thomas Petersen (+2). There were also representatives from Greece, Northern Ireland and Spain taking part so it was a very international event!

Everybody had a great time so the appointment is made for next year already!