Some news from Belgium where several events have been held in the last few weeks. 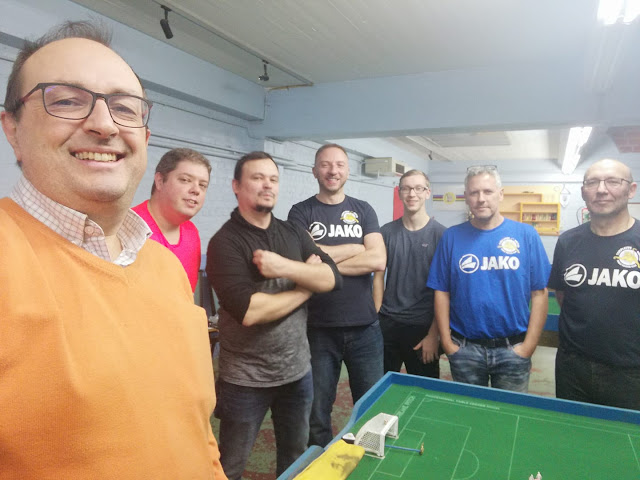 The monthly Templeuve tournament was held on February 21 with 7 players competing in Swiss ladder. Geoffrey Marain was the clear winner of the night but the was a close fight to decide who will finish on the podium. Matthias Averlant was finallt decided runner-up thanks to more goals scored then Michaël Dupret. Eric Caillauw was 4th, Vincent Coppenolle 5th, Olivier Bodelle 6th and Sébastien Sorge 7th.

In Auvelais, the tournament held on February 21 had also 7 players taking part. It was nice to see the WASPA debut of Nicolas Wagner (SC Temploux). Players were divided into two groups. Pol Serwy finished on top of group A but couldn't resist to Jérôme Heyvaert (Master Sanremo) who won the final (3-1). Vincent Guyaux defeated his brother Fabrice to take the third place. 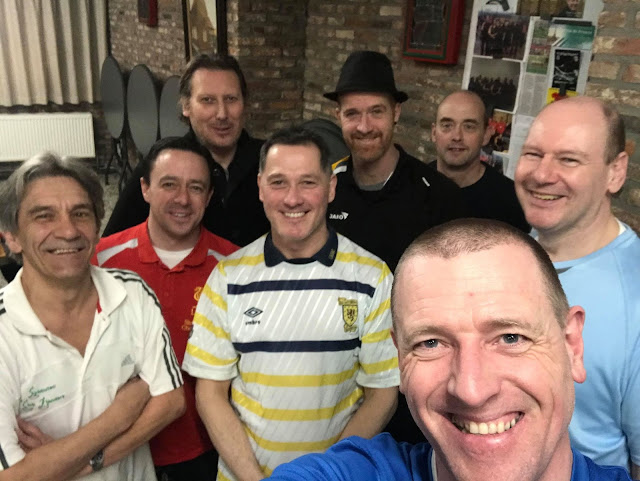 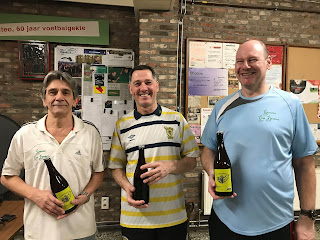 We were very happy to see some players coming back, not only Gary Moore (Ireland but based in Belgium) but also Dimitri Schuermans. Dave Wouters took the honors this time with more goals scored than Jos Ceulemans.

Three players tied for the third place with 6 points and once again the goals difference was needed to give Johan Lourdon a place on the podium.
Publié par Vincentcop à l'adresse 22:14