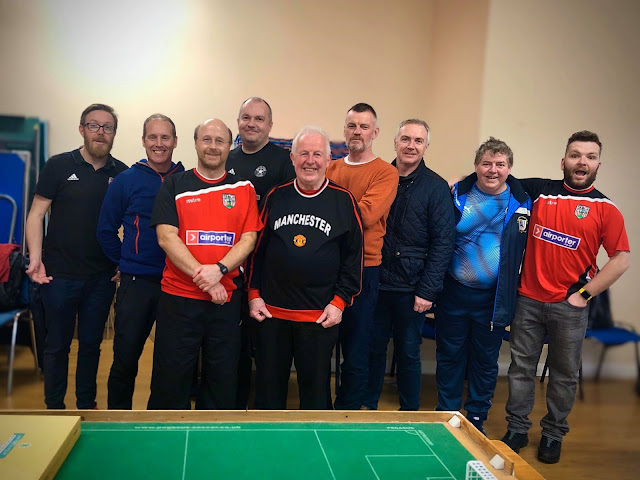 The third round of the Irish Championship Circuit took place in Dublin this past weekend. Nine players descended on the west Dublin suburb of Tallaght to take part in a league event to determine the winner in what was the first Dublin WASPA event since 2015.

Notable entries on the day were John Moore playing his first event for five years and also, a new addition to the circuit this year from Dublin was Cormac Lennon, showing good potential for the future.

Each player played eight games over the day in this new format for the circuit and indeed the winner’s trophy was still up for grabs going into the final games of the day.

As it went, Martinóg Bradley from the Derry City club took third place after some improving performances while his teammate Kenny Beggs took the Runner-up spot. Mark Farrell from White Star TFC narrowly took the honours on the day. The next round will be hosted in Derry next month
Publié par Vincentcop à l'adresse 20:39