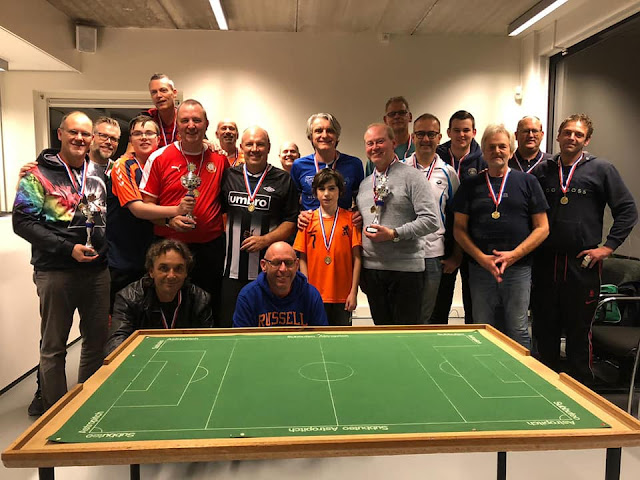 The recent Ijsselmuiden tournament in the Netherlands was a success with a superb field of 19 players including special guest from South Africa Clifford Graaff. Patrick de Jong won the IJMAC tournament after defeating René Bolte in the final. The event was a success also because of the format with 6 groups in the first round, the top 12 playing games for the title with another set of groups and then semi-finals and finals while the seven players out of the first round played a consolation tournament. Nico Marks and Jacob Bijlstra were the unlucky semi-finalists while Jarno Marks defeated Cor Nieuwenhuis in the final of the consolation tournament. In the end everybody had the chance to play at least 5 games, which is great. Congratulations to the organizers and players and keep in mind there will be another tournament in the Netherlands on February 15 but this time it will be held in Hoogezand by the club of GSC de Hyacinth.
Publié par Vincentcop à l'adresse 00:08