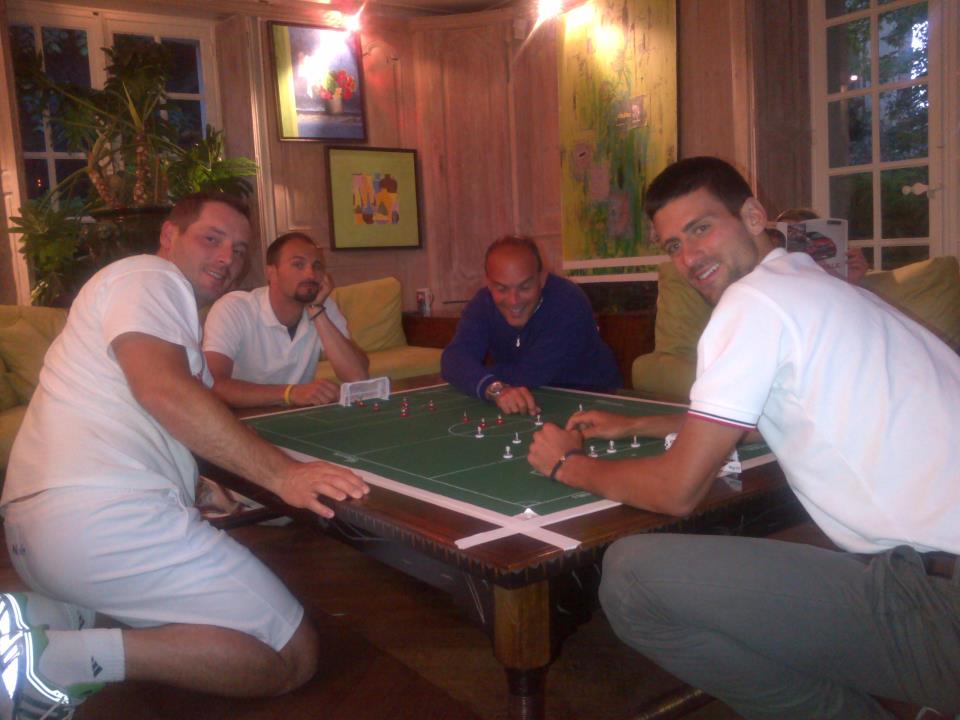 This saturday will be a very special day for the game as Novak Djokovic will be the special guest of the tournament in Heckmondwicke (England). "Subbuteo has always been a real hobby for me. I used to play a lot with friends as a kid and I always wanted to take part in a real tournament", reported the tennis superstar on his Facebook account.

"Playing in the WASPA circuit is also great because I will learn a lot from great subbuteo players without being trashed by people who just take things too seriously", also said the guy from Serbia.

"At least I will have four games. After that, I hope I will be able to see how I can become a stronger player in the future", told Djokov as a conclusion.
Publié par Vincentcop à l'adresse 14:33