Here is a brief summary of the latest news in England where the WASPA circuit is doing great. Of course activity will now be limited again due to the virus but the future looks promising.

The East Lancashire vlub held a very first tournament under WASPA banner earlier this month. 10 players were taking part and Brian Daley defeated Chris Bedford in the final. Stephen Shaw and Lucasz Whittle made it to the semi-finals while Gavin Roper defeated John Lister in the Plate final. 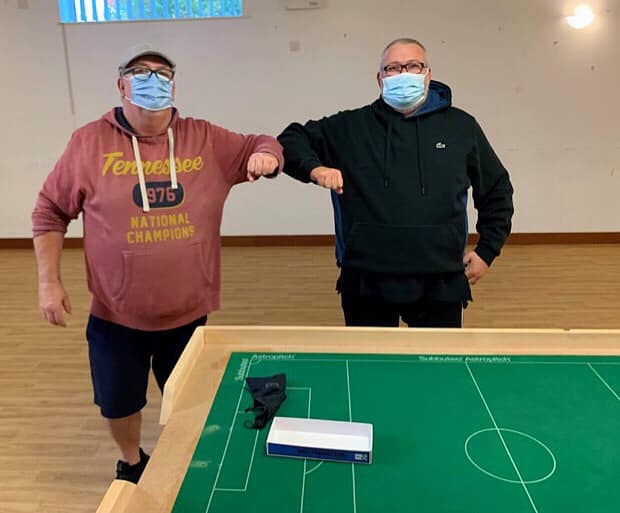 The third Haverhill Rovers tournament was another success with seven players competing in a league format. Alan Lee won his six games to win the tournament. The final standings of the evening were as follows:

There was a small tournament in Brighton on October 13. Alan Lee finished on top of the tournament while Dave Croucher was runner-up and Ian Maskell was third.

The club will be running a FISTF League alongside a Traditional Advanced Rules League fortnightly on a Wednesday evening. Contact Corey Martin for more information.

The recent Surrey Saracens tournament took place in Reigate and had a good turnout of 8 players. Simon Goodman defeated Alan Lee in the final. Ian Maskell and Dave Croucher reached the semis and Lee Fenton defeated Rob Cashman in the Plate final.

The club is preparing for a new venue announcement and looking at the end of November for our return night. COVID-19 is still spoiling matters but we will keep you updated. We are welcoming new and returning players, keep your eyes peeled for more news soon.

A few transfers have recently been confirmed in the WASPA circuit.