News from Belgium - Results of January 2020

Several tournaments have been held in January in Belgium. Here is a brief summary of results. 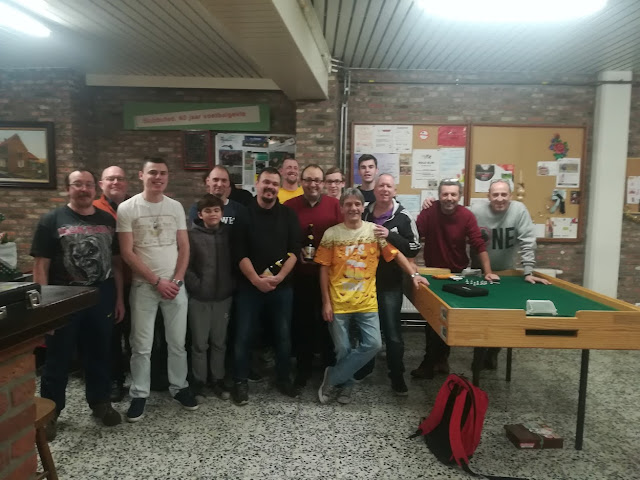 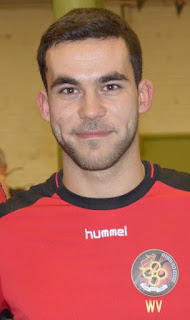 Two days later, the club of Huy held their very first tournament of the season with 6 players taking part. William Van den Houte (picture on the left) defeated Ralf Grégoire in the final (3-2). Semi-finalists were Dany Mlynek and Sébastien Dohet while Richard Boulanger won the game for the 5th place against David Boulanger.

The Templeuve United club had a small promotional tournament. 5 players were taking part but two of them were not "eligible" to get ranking points. Eric Caillaux won the "official" games to claim the title while didier Moons was runner-up and Jordan Bonte too the third place.

During the FISTF Major of Rochefort, a WASPA tournament was played in the afternoon for eliminated players. 32 players from 10 different nations were competing and there was the very first appearance of Tunisia in the WASPA circuit thanks to Mongi Rouis. Rémy Lours (France) took the victory after defeating Spain's Jean-Michel Cuenca in the final. Mongi Rouis and Malta's Josef Camilleri were the semi-finalists. 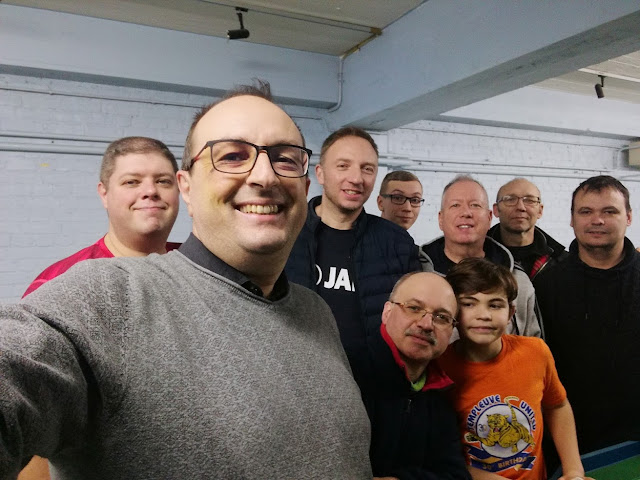 The monthly regional tournament in Templeuve took place on January 24 with 9 players taking part. Geoffrey Marain took another title even if he had some difficult games. Matthias Averlant took the second place once agai, one week after his final in the U19 Major of Rochefort.