The first meeting of the new Greek Subbuteo club "the Flaming Flickers" took place this Sunday, December 8. A group of friends of all ages decided to revive their childhood passion and they quicky made things happen. A mix of experienced and new players and their offsprings are ready to set Athens of flames flicking wise. Their home is the Brazilian restaurant Maracana Grill, so who could have thought of a better place for the Flaming Flickers? The clubs was formed just few days before the relaunch of the official Subbuteo game in Greece. With the upcoming World Cup in Brazil there would not be a better sign of times for the Flaming Flickers. 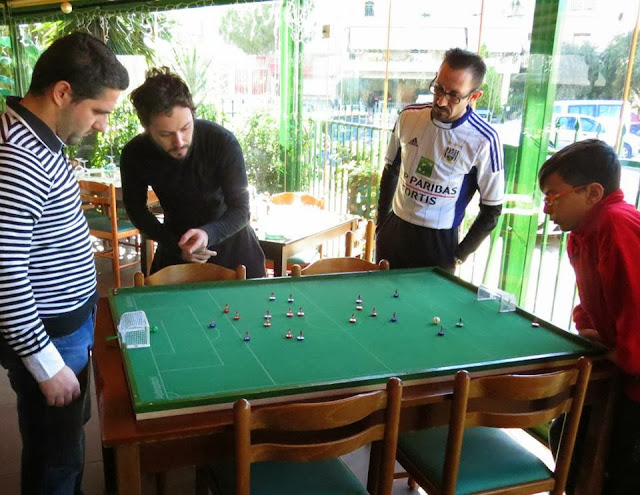 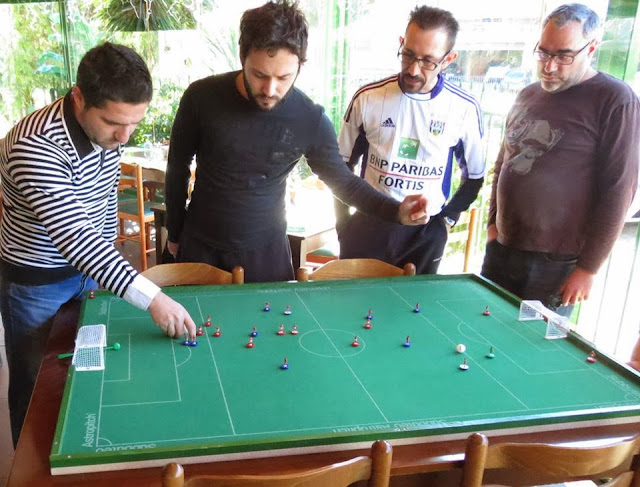 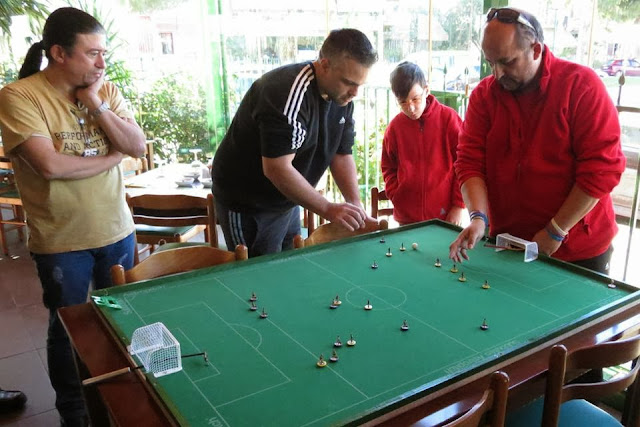 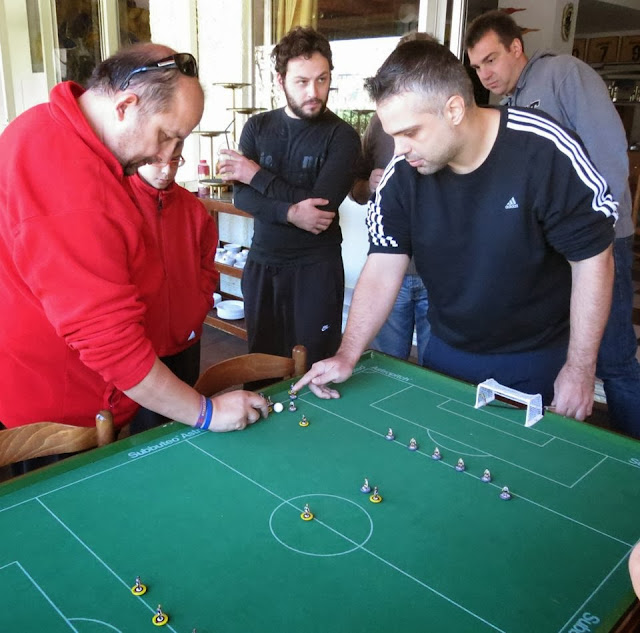 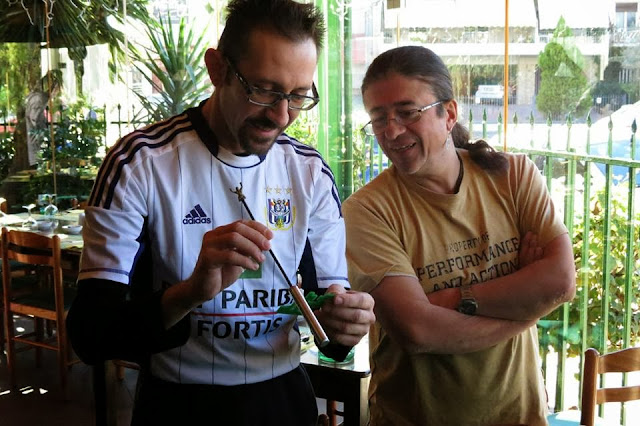 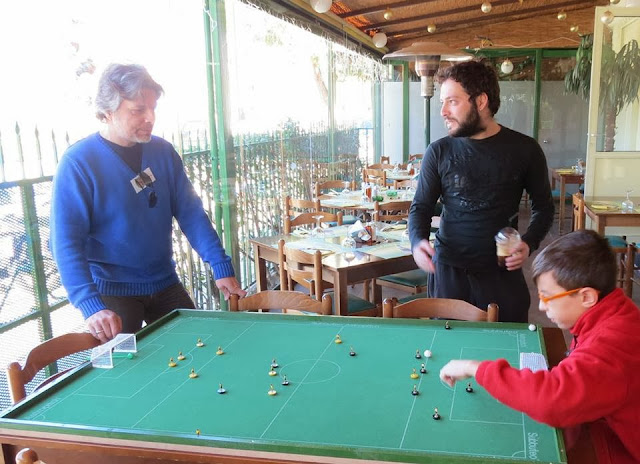 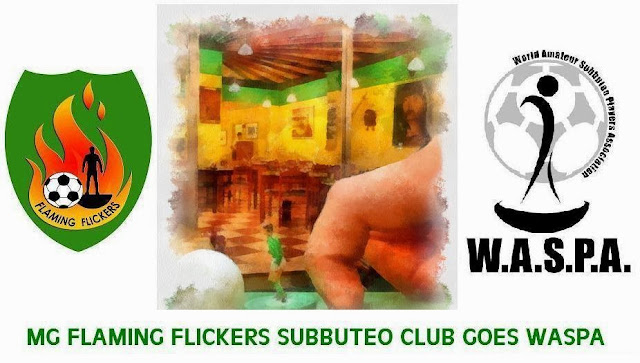