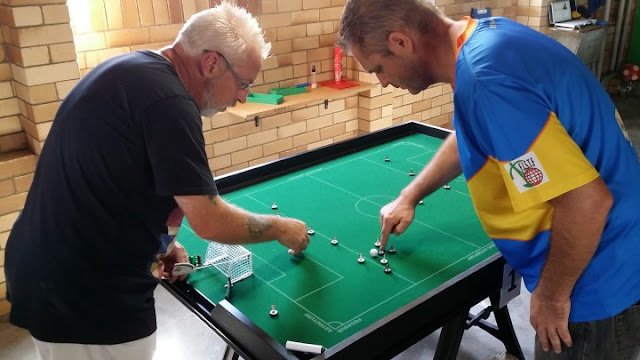 4 Players turned up for our April Competition. Our first without founder member Giuseppe who was on holiday in his native Italy. 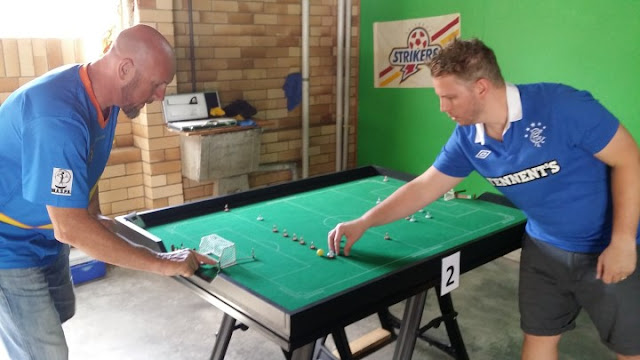 The format was a straight out league, with each player playing each other twice. Last months winner Gus got off to a flyer with a 3-0 win over Rik, whilst Andrew Bennet beat Andy Ridgen 2-0. The next round saw Rik not only get 3 points but put 4 goals past Andrew B, which would turn out to be costly for the Ipswich flicker. Gus continued his dominance with a 4-0 win over Andy. The next round  brought about a large heap of levelling, Andrew B comfortably bringing Gus’s winning streak to a crashing 4-1 end. Rik kept himself in contention with a 4-2 victory over Andy. So at the halfway stage, Gus led Rik and Andrew by goal difference alone, each player on 6 points. 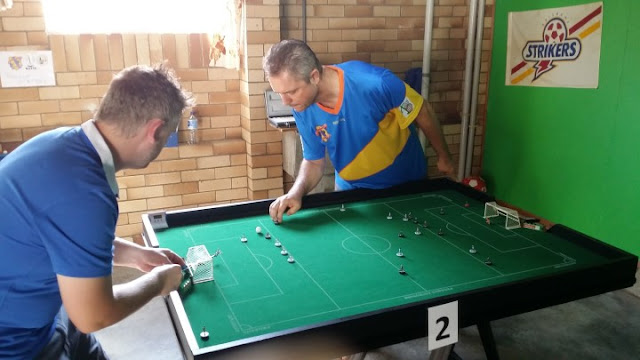 The return fixture of Rik and Gus saw Rik take a deserved lead. However, Gus brought his goal scoring mojo and remarkably finished 4-1 to the good, as much to Gus’s surprise as Rik’s. Andrew B beat Andy R by one goal to get to 9 points.  The penultimate round saw Andrew B get his revenge for Rik’s earlier 4-1 defeat with a 4-1 defeat of his own. Gus had to step things up to beat a stubborn Andy who was beginning to find some form, and narrowly won 2-0. This left Andrew and Gus on 12 points each heading into the final fixtures. A draw would be enough for Gus to retain the trophy, but having lost to Andrew 4-1 already, it seemed a big ask. It was a tense match as neither player wanted to give anything away. The nerves were showing, and eventually Gus made the breakthrough. Andrew fought back with intensity and was rewarded with the equaliser.  In the end, Gus’s defence held out and 1-1 was the final score handing the trophy to Gus by way of a superior goal difference. The other game saw Andy get his first points beating Rik 3-1. 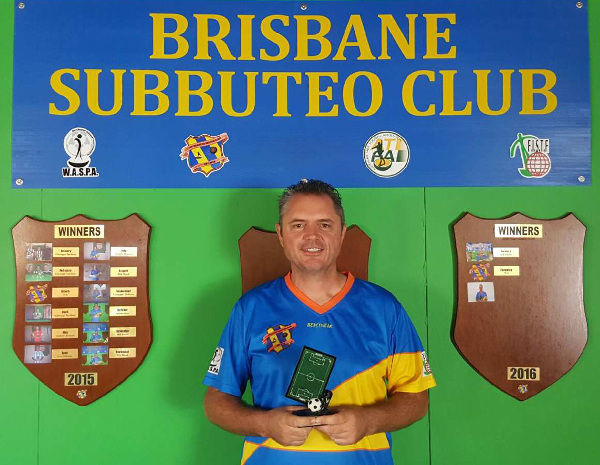 It was certainly a day for goals, 46 in total of which many were quite spectacular, and from all the players. Who’d have thought you could have so much fun with a bunch of kids who refuse to grow up……