Here is a brief summary of some small events held under WASPA banner in Australia, South Africa and England. 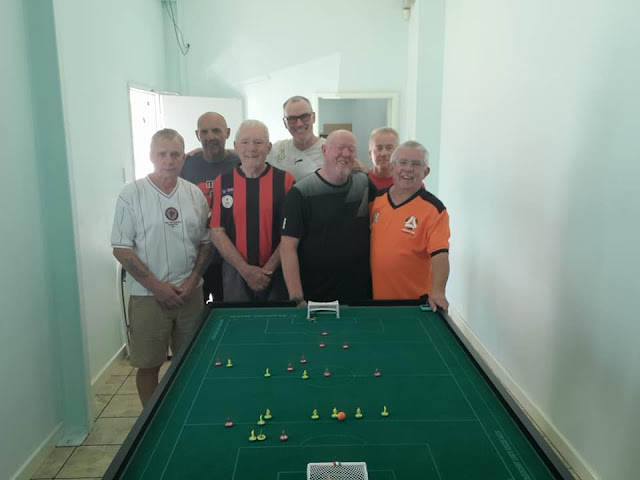 In Australia the Perth club had a great turnout with 7 players attending the monthly tournament. The local group was happy to see Mick DeVincentis playing his first tournament. Brian Pearson won the event while Alan Kimber was runner-up. 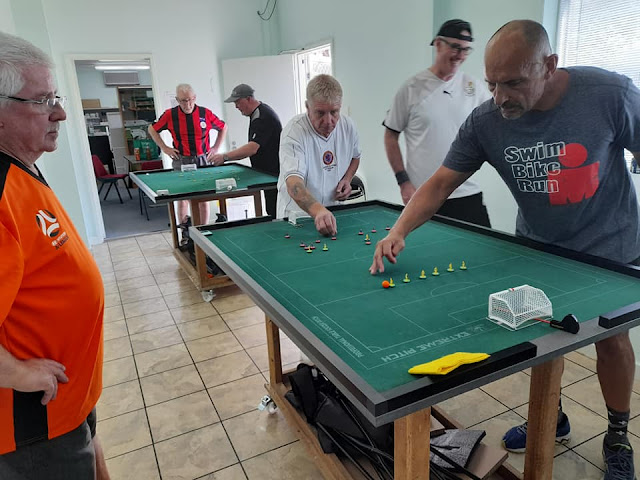 Thursday the 17th of December saw ETS Subbuteo Club host their firs ever Christmas Cup which also brought the curtain down on a very successful inaugural season for the newest Subbuteo club in South Africa.

Unfortunately the large turnout was reduced because of various reasons and also the one important nagging fact of this ravaged year called Chinese Covid.

However the three participating players, played a double round against each other with the player ending on top of the standings being crowned as ETS Christmas Cup champion.

Angus Begg and Carl the produced a thrill-a-minute goalless draw in the second game. 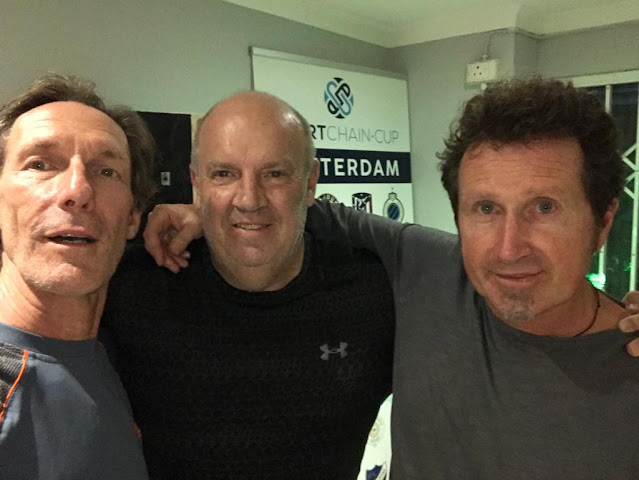 Clifford then beat Angus by a solitary goal to record the first three pointer of the evening.

Clifford followed up his victory over Angus by producing a clinical display to score a two nil victory of Carl and place himself top of the standings.

Carl and Angus then produced the game of the evening in a thrilling score draw. Angus got the game off to a scintillating start by laying siege to Carl's goal.

This constant pressure paid off when he blasted a great goal from an acute angle to take the lead. This goal spurred Carl on and some neat inter-play in the midfield resulted in Carl scoring a great chip from just inside the area to set up a pressure filled last few minutes. Play ping ponged from either goal and Angus had a great opportunity at the death only to see his shot canon wide of the goal with only the keeper to beat.

Clifford and Angus squared off in the last game and even though Clifford created some scoring opportunities his final touch let him down and the game ended goalless. This resulted in Clifford claiming the inaugural Christmas title at ETS Subbuteo Club.

Unfortunately co-founder Jason Kennedy could not attend as he was busy at work.

Speaking on behalf of ETS Subbuteo Club, Carl said that they were very happy with their first season which saw them host three tournaments, two official WASPA sanctioned events and set up a strong base for 2021 which hopefully will prove to be free of the cursed Chinese Covid epidemic. Him, and everybody associated with ETS Subbuteo Club would like to wish everybody a very blessed Christmas and prosperous New Year.

East Lancashire players back in action 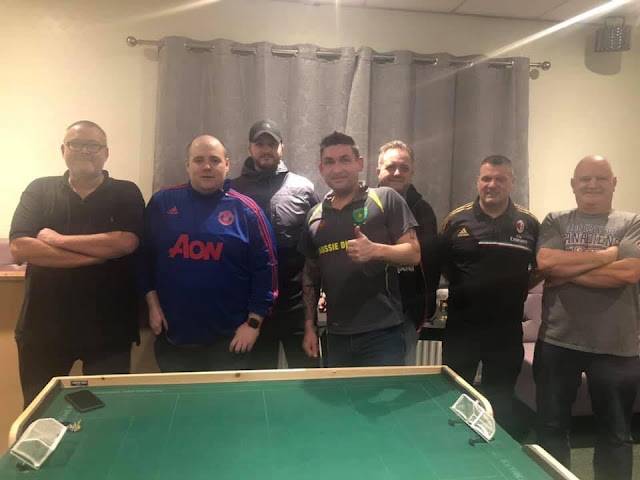 Finally, the East Lancashire club had a great night with six players competing in a round robin. Alan Lee won his five games to win the small event.

The club was also happy to announce the signing of their 14th member, Anthony Culshaw. Welcome Anthony!