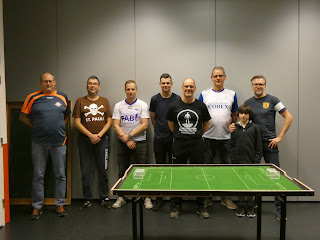 In the Netherlands, the 5th edition of the "COBEX Top of Holland Tournament" had only 8 players taking part after organizers had to accept five late dropouts. Despite the sad news, it was a fair and enjoyable day with some good games for everyone and with the visit of local reporters from newspaper and television. You can watch the TV coverage at https://www.rtvnoord.nl/tv/programma/10250/Expeditie-Grunnen/aflevering/21882

The final of the tournament was a good game between Nico Marks and Jacob Bijlstra. Both players had won all their games before that so it was supposed to be a close game but in the end, Nico Marks took the honors after winning 2-0. Erwin Smit won the game for the 3th place against Ard Lukassen (3-2). 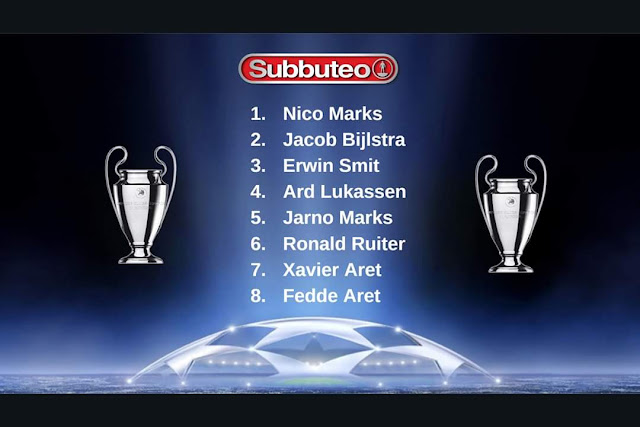 Good news also came from the fact there will be a national championship in the Netherlands on June 8. The event will take place in IJsselmuiden and details are available from subbuteonederland@gmail.com
Registrations are possible till June 1.