January 2020: a lot of Subbuteo action in different Australian clubs

Here is a quick look at different results of tournaments held in Australia in January.

Central Victoria TFC had a good event in Melbourne with 11 players taking part. The event was held at Pro Gamers and players managed to collect $70 in entry fees to the Victorian Bushfire Appeal!!

The junior section was a close fight with three players ending with 5 points but Charlotte Wright managed to beat the boys to win the trophy.

Another Melbourne club had a WASPA tournament in January. The Western Flickers had a small gathering with four players and benjamin Ng took the honors after winning the league format while Anthony Madiona was runner-up.

The Perth Subbuteo club had a good event with six players meeting in the new club house in Cockburn. Alan Kimber finished the day on top to claim another title. 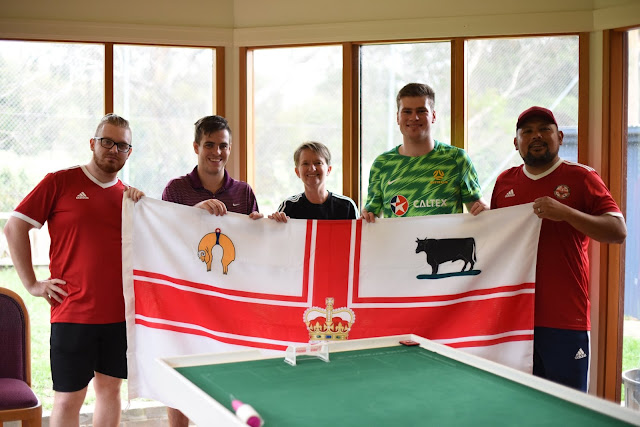 The Melbourne TFC boys had a good gathering to prepare the forthcoming Australian Grand Prix. Five players met in a group format with Luke Radziminski taking the honors.

Finally, the Northern Falcons Club in Sydney had the visit of his Stockholm clubmate Robert Green and that was a good reaosn to have a WASPA tournament. Five players met in a league format and Bob won the tournament while old friend Eliot Kennedy was runner-up.